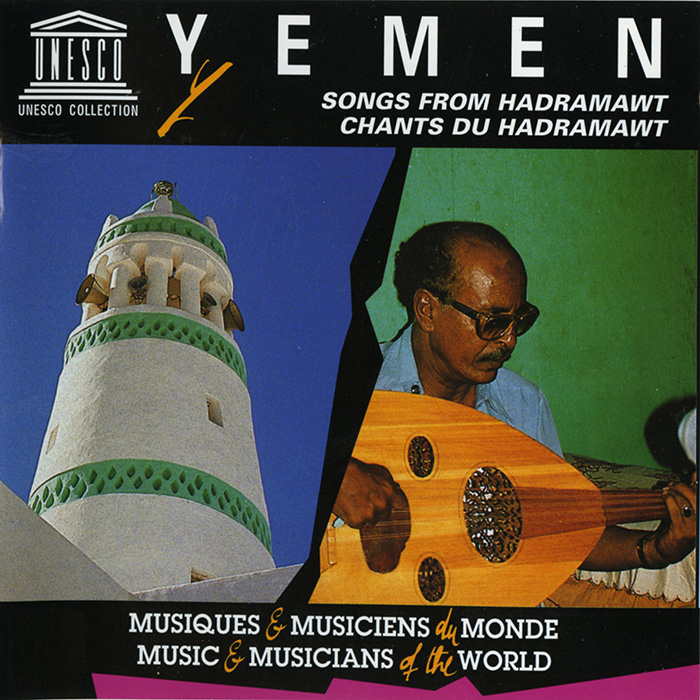 The Hadramawt region of Yemen has always been a center of culture for the Arab world. This album, recorded between 1985 and 1995, is devoted to the vocal art of male singers, both amateur and professional, and highlights dân, a genre of many dimensions (including entertainment dânand dân of camel drivers). Some of the singing may be accompanied by instruments: drum, flute, and oud. Poetry is an important expression of cultural life in Hadramawt, and is often sung. Departing from common musical practice elsewhere in the Arab world, the Yemenis are always careful to pass on the names of the poets and composers of each song.

The liner notes provide background information about each song and photographs of some of the region’s exceptional architecture.