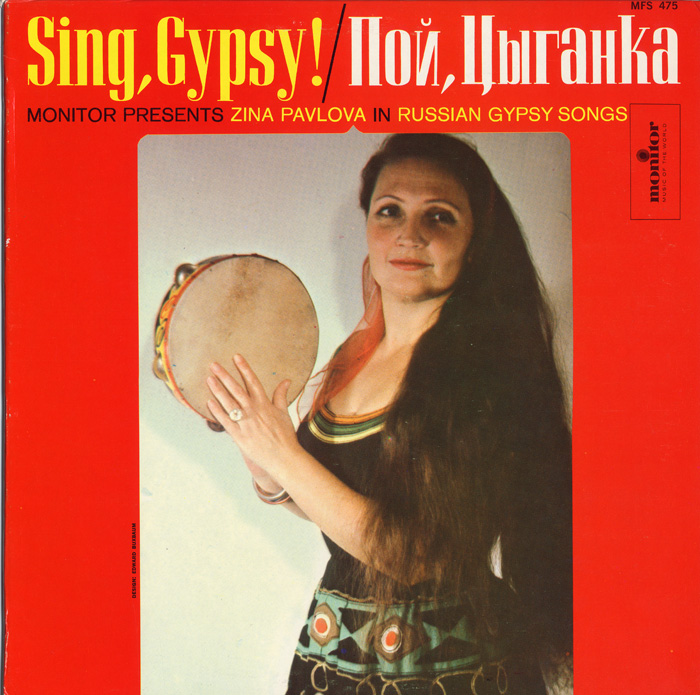 View Cart CD $11.98
View Cart Digital Download $9.99
This 1993 Monitor release is a compilation of two previous Monitor recordings: Sing Gypsy! (1967), by Zina Pavlova, and Russian Cabaret (1965), by Sasha Polinoff and the Russian Gypsy Ensemble of Kostya Poliansky. The vocals, sung by Russian-American singer Zina Pavlova, are a selection of traditional and popular Russian songs that tell of joys and sorrows in the lives of the Roma people in Russia. The ten instrumental tracks are Russian folk dance tunes with solos by Sasha Polinoff on the balalaika, a traditional Russian three-string instrument with a triangular body. Liner notes include English translations of the lyrics.