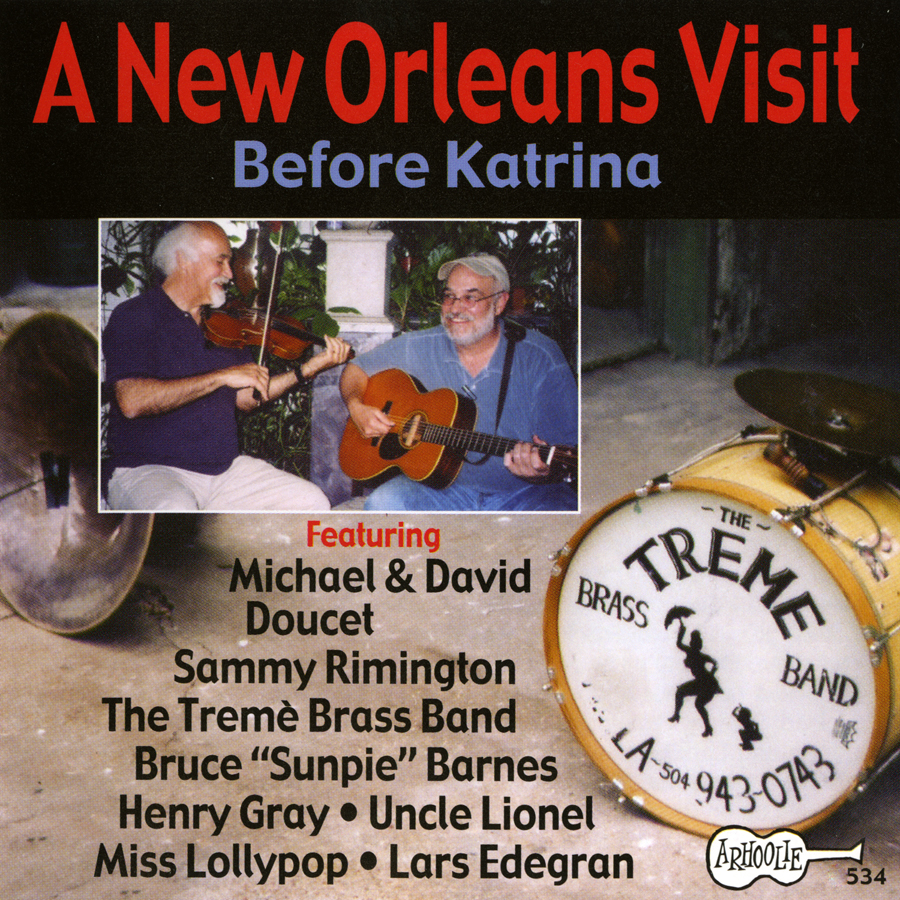 A New Orleans Visit Before Katrina: In the spring of 2005, just four months before Hurricane Katrina devastated New Orleans, Arhoolie founder Chris Strachwitz and two filmmakers, Maureen Gosling and Chris Simon, traveled to New Orleans. The trip was part of a film documentary on the music of Arhoolie Records. During their visit, Strachwitz arranged for a number of New Orleans– and Louisiana-based musicians to be filmed in performance. Among them were Michael and David Doucet, traditional jazz musician Sammy Rimington, bluesman Henry Gray, the Treme Brass Band, and Bruce “Sunpie” Barnes. This 2007 release consists of music from that film session.