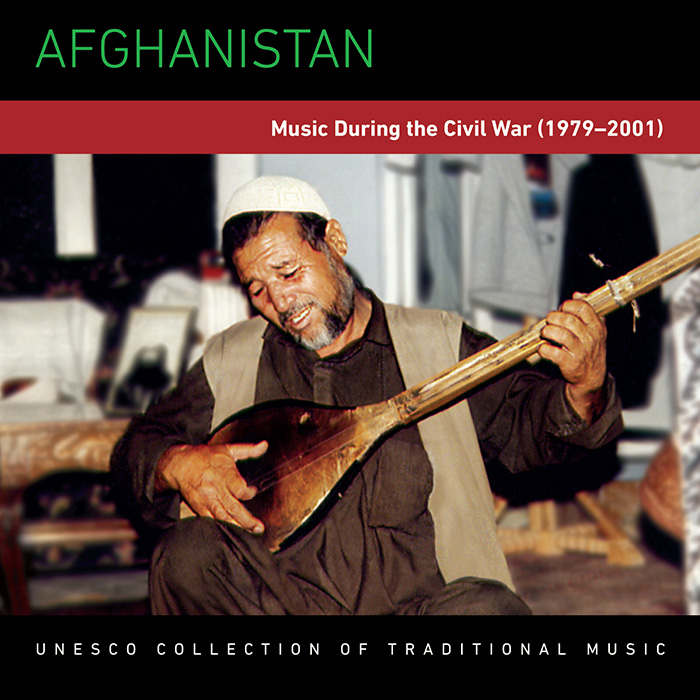 Afghanistan: Music of the Civil War (1979-2001)is one of twelve previously unreleased albums from the UNESCO Collection of Traditional Music.  The album includes music from 1979—the year of the Soviet Union’s invasion—to the fall of the Taliban regime in 2001. These 22 years of civil war greatly impacted the cultural life of Afghanistan, with extreme censorship and economic poverty resulting in the deaths of many artists, and an exodus of many others. Although the circumstances have now improved for artists, annotator Jan van Belle states that “it will still take a long time to rebuild the musical infrastructure, create the conditions for the return of musicians and instrument builders in exile.” The artists featured on this album are professional musicians once employed by Radio Kabul, living in poor conditions during the time of these recordings.

This album features mostly folk music (musiqi mahalli), with vocals taking a prominent role over other instruments. All of the tracks are sung in Dâri (Fârsi), the main language spoken in North Afghanistan, where most of the recordings took place. The melodies used on this album mainly feature the bairawimode, which resembles the Phrygian mode in Western classical music. Common characteristics of Afghani folk music include a small vocal range, double and triple rhythms, and asymmetrical meters. Other instruments featured on the album include the rubâb (double-chambered, short-necked lute),ghijak(bowed lute with two or three strings),and thetabla(pair of small kettle drums).