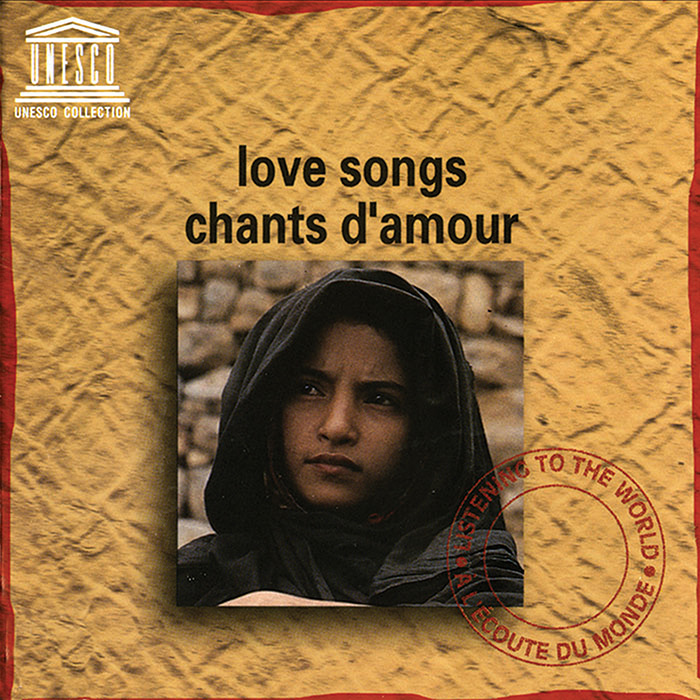 View Cart Custom CD $16.98
View Cart Digital Download $9.99
This album, compiled in 1996, features 17 love songs from the UNESCO Collection of Traditional Music. Expressing many hues of this universal emotion, the musical performances range from solo voice to instrumental, and include traditional forms that have all but vanished, as well as those that have been influenced by modern technology. Consider three tracks to illustrate: “Lam Sithandone” (track 1) is a courtship song performed in southern Laos. Lams feature one set of singers challenging another set and can last for hours; the excerpt on this recording is only the end of one lam. “Bar’ah” (“Dance of Youth,” track 9) is a participatory dance popular among the young people of southern Oman. Although a traditional music style, this performance reflects the influence of television and electronic technology. From Greece, “Ali kaimeni mu kardia” (“My Poor Heart,” track 11) documents a vocal tradition whose carriers have since passed away.