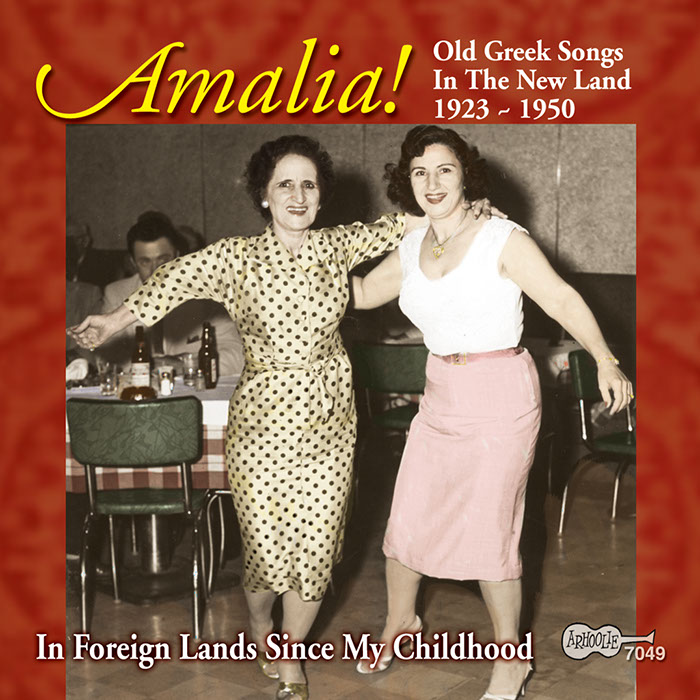 View Cart Digital Download $9.99
View Cart CD $14.98
Born Mazaltov (Mally) Matsa in Greece in 1897, Amalia Bakas immigrated to the United States in 1912. While working as a seamstress, she began singing professionally in Greek and Turkish restaurants in New York City in the 1920s. She lived as she sang—passionately and defiantly, with many of her recorded songs about love. The liner notes include lyrics in Greek and English, as well as some historical context.