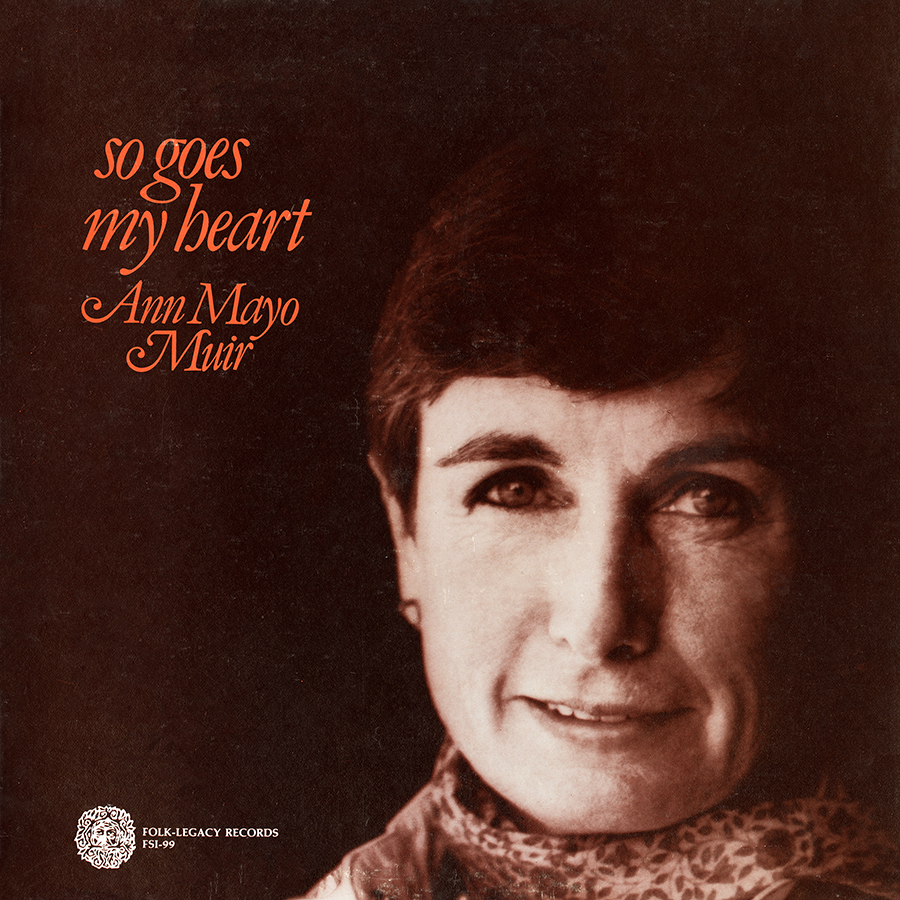 "It wasn't Ann's idea to make this recording; you can thank her friends for that. For years, this extraordinary woman has been the Lark in the Morning to us, a song just waiting to happen. She has sung in hundreds of concerts and her voice and instruments have graced many other people's albums; now it's time you heard her do it her own way."
G. Bok & E. Wilson

So Goes My Heart is the first solo release in over 20 years from Ann Mayo Muir, a musician prominently featured in the Folk-Legacy catalogue, and you can hear why. Ann’s clear voice and connection with each song makes this recording stand out as truly her own. Here Ann is joined by her daughter Christina Muir, and by frequent collaborators Ed Trickett and Gordon Bok. So Goes My Heart features performances on the harp, flute, and the "bell" - a small, bell-shaped twelve string guitar. The songs are a mix of contemporary and traditional, including pieces from the Scottish and Appalachian traditions, as well as new songs from several songwriters, including fellow Folk-Legacy artist Jerry Rasmussen.