American Revolutionary War Songs to Cultivate the Sensations of Freedom 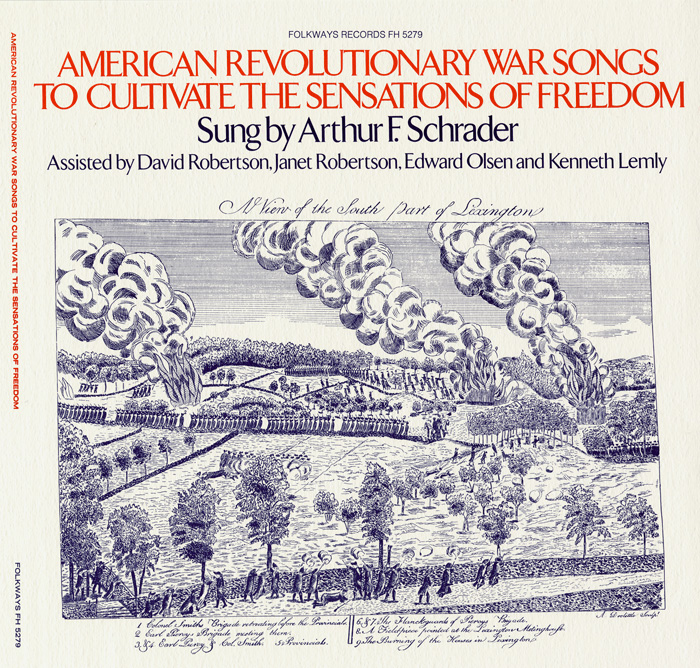 The first anthologies of Revolutionary War song-texts began to appear in 1842. Fast forward 131 years, and many adaptations later, to find music historian and performer Arthur Schrader revisited the original texts in their primary sources.

This recording and its notes evolved from preparation by Schrader for a 1973 conference sponsored by the Colonial Society of Massachusetts. He wanted to address the inaccuracies, censorship and simplification that had affected the tunes and texts of Revolutionary War songs over the centuries.

Such is Schrader’s dedication to authenticity; the unabridged song texts are reproduced in facsimile from eighteenth century newspapers, magazines and caricatures. Furthermore, most songs are sung unaccompanied as they would have been in the eighteenth century, and sung to the tune to which their authors wanted them sung.

In this form, the songs become more than ephemeral. They provide as compelling a record of the social, economic, political, and military events of their day as John Adams’ diary, an entry from which gives this album its evocative title.