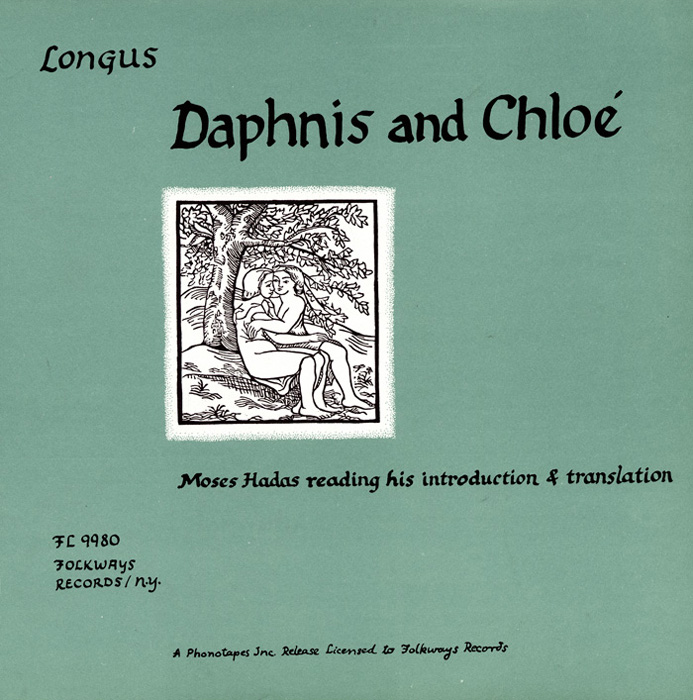 Columbia University scholar Moses Hadas (1900–1966) recites his English-language translation of second century AD Greek author Longus’s only known work, Daphnis and Chloe. A romantic story, it tells of two young people who fall in love while enduring various perils, including abduction and assault. Throughout his life, Hadas wrote scholarly works on classical Greek and Roman literature and culture. In addition he recorded a total of six albums for Folkways. Complete transcripts for all tracks are included in the liner notes.