Cicero: Commentary and Readings in Latin and English by Moses Hadas 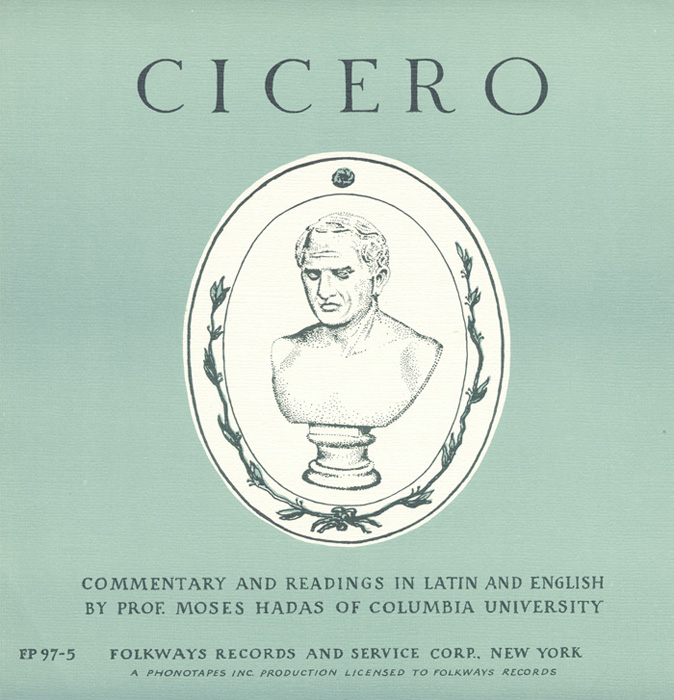 Marcus Tullius Cicero (106 BC– 43 BC), a Roman politician and lawyer, was also known for his philosophical writings. Moses Hadas, professor of Greek and Latin at Columbia University, provides his own commentary on many of Cicero’s shorter written works, describing Cicero’s essays and personal communication as “a guide to thought and conduct.” On this recording, Hadas reads English translations and Latin portions of Cicero’s essays, including excerpts from “On Old Age” and a “Letter to Atticus at Rome, Puteoli, 19 December 45 BC,” describing a visit from Julius Caesar.

Liner notes include an English translation of the text, Hadas’ commentary, and some portions of the text in Latin.