The Latin Language: Introduction and Reading in Latin (and English) by Professor Moses Hadas of Columbia University 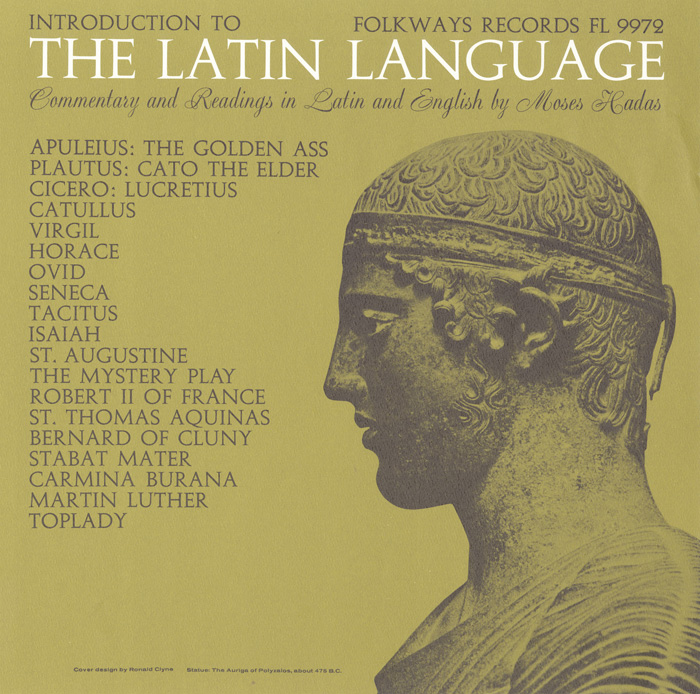 View Cart Custom CD $16.98
View Cart Digital Download $6.98
This spoken word instructional album was recorded in 1955 by Moses Hadas, professor of Greek and Latin at Columbia University. It serves as an introduction to the Latin language with Hadas providing a brief overview of the correct pronunciation of Latin, noting both classical and Church Latin. In this recording, Hadas read the selections in the manner that he believes they were originally written. The liner notes include the Latin text and English translation. Hadas recorded six albums of readings in Latin for Folkways in the mid-1950s.