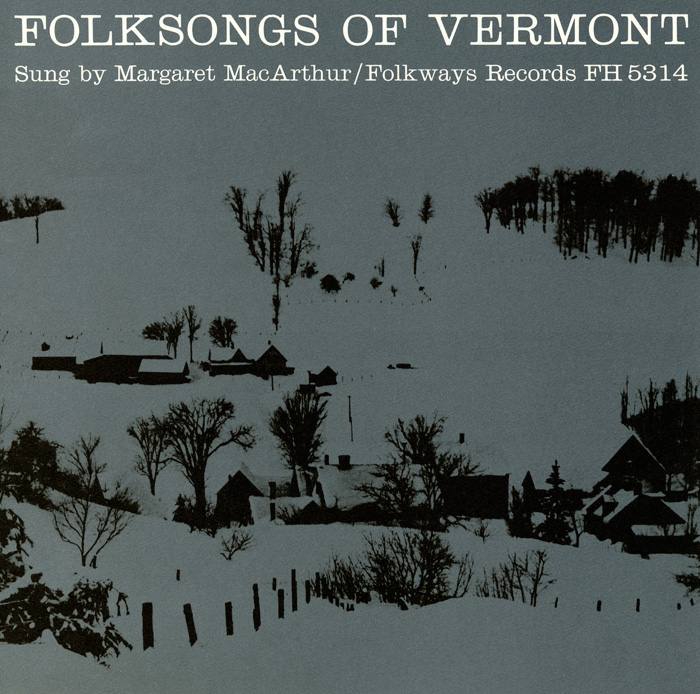 Born in 1928 in Chicago, Illinois, Margaret MacArthur spent her childhood moving around the western United States. Her first contact with folk music came in 1933, when her father began work at an Arizona timber company with displaced cowboys and folk singers who had collected songs throughout their travels. In 1948 MacArthur moved to Vermont, where she gathered the songs presented here from churches, friends, and broadsides found near her farm. When speaking of her death, Margaret MacArthur’s granddaughter Robin wrote, "On her deathbed she was sick with morphine, most of her memory gone, but she could still remember the lyrics to any ballad we asked her to sing. This music had etched itself into her soul; song and landscape and self had twined into a fabric that was lasting, resounding, and full of grace."