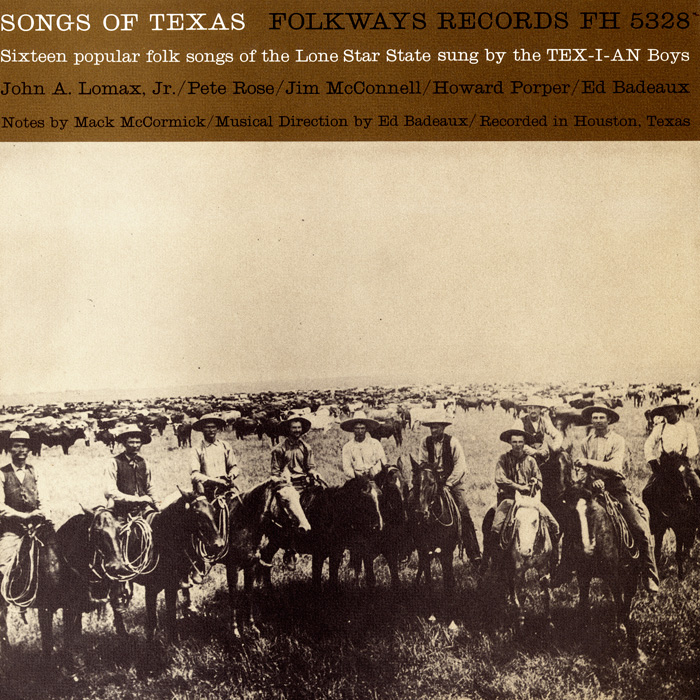 Five men from the Houston area perform "Sixteen popular folk songs of the Lone Star State," most of which have become well-known throughout the country. The songs reflect some of the realities and history of Texan life: cowboys, farming, love, a powerful hurricane, the Alamo, the blues, and a country dance. One song with an interesting history, "Billy Barlow," has been traced back to 14th century England.

The Tex-i-an Boys - featuring John Lomax Jr., Pete Rose, Ed Badeaux, Jim McConnell and Howard Porper - hope that you will find their songs "singable" and they promise that when you can sing them with "proper reverence," you will be made "honorary Texans"!

Extensive liner notes provide the background of each song, as well as the lyrics.