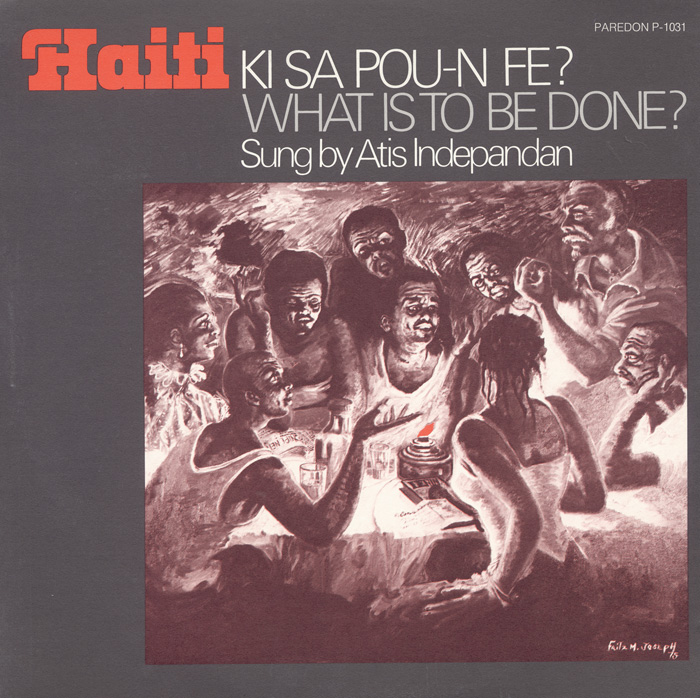 View Cart Custom CD $16.98
View Cart Digital Download $9.99
This is an album of Haitian protest songs released in 1975 during the repressive reign of Jean-Claude (“Baby Doc”) Duvalier. The songs are performed by Atis Indepandan (“independent artists” in Haitian Creole), a New York–based group that plays in a traditional Haitian troubadour style with influences from contemporary American folk music and Brazilian tropicália . Their lyrics bear a strong socialist message. Liner notes include a brief history of Haiti and the impact of American neocolonialism in that country, a short biography of Atis Indepandan, and full lyrics in English and Haitian Creole.