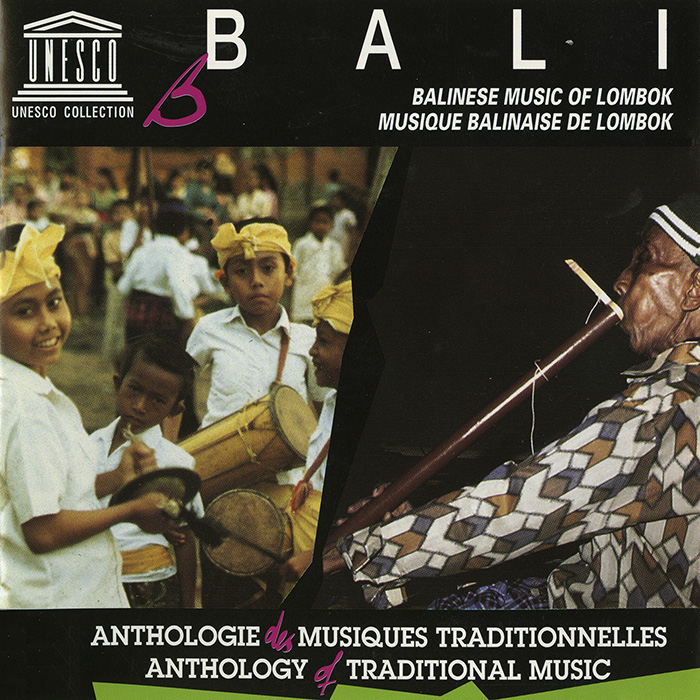 View Cart Custom CD $16.98
View Cart Digital Download $9.99
Easily overlooked for its tourist-destination neighbor, the Indonesian island of Lombok lies about twenty miles east of Bali. Hindu Balinese make up a very small minority population in Lombok, with cultural expressions that have greatly diverged from those in Bali. The music preserves some elements of ancient Balinese traditions and religion but also incorporates influences from the Lombok Islamic majority.

This album focuses on the religious and ceremonial context of the songs, illustrated through use of the gamelan, an ensemble with bronze percussion, flute, and hand drums. Some selections include voice, combining languages of Java, Bali, and the Sasak majority ethnic group in Lombok and solo performances, such as the preretdouble-reed oboe. The liner notes provide a brief introduction to the music and commentary about each selection on the recording.