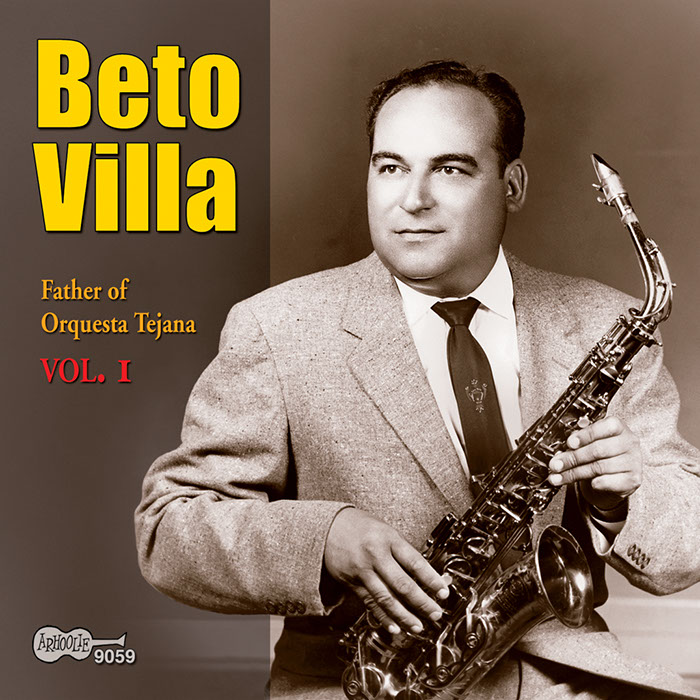 View Cart CD $11.98
View Cart Digital Download $9.99
Beto Villa (1915–1986) is considered to be the Father of Orquesta Tejana. Villa and his band were dedicated to spreading the influence of tejana in the American Southwest and beyond. This album contains his orchestra’s original recordings made between 1948 and 1954. The music reflects the band’s diverse repertoire, ranging from old-fashioned Mexican waltzes like “Rosita Vais” (which was his first hit record) to polkas, danzones, huapangos, subys, porros, and other popular Latin dance rhythms.