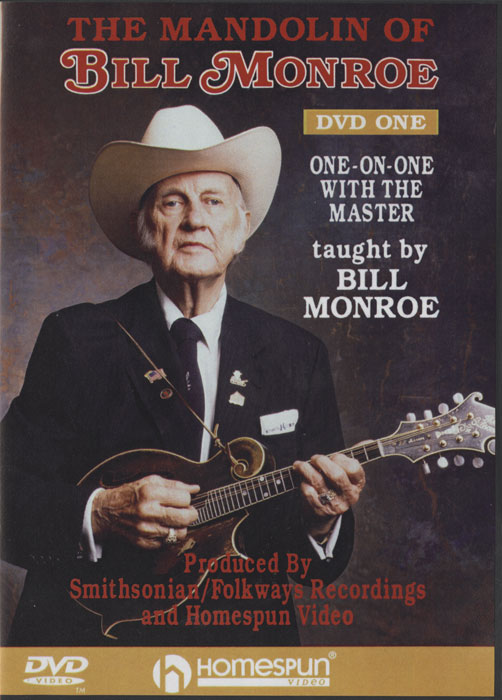 On this instructional and entertaining session, the late Bill Monroe-widely known as the "father of bluegrass"-discusses and demonstrates the instrumental techniques that changed the course of American music. The camera's eye reveals, up close and in detail, Bill's incredible facility and inventiveness on the mandolin as he plays and sings, both alone and backed up by his long-time band, the Blue Grass Boys.

In an intimate conversation with fellow musician John Hartford, Bill discusses a wide variety of topics: his musical development, ideas about performing and songwriting, memories of childhood, early touring days, his years on the Grand Ole Opry and much more.

BONUS: Previously unseen footage of a performance for President Jimmy Carter at the White House in 1980, including rare duets between Bill Monroe and Doc Watson.