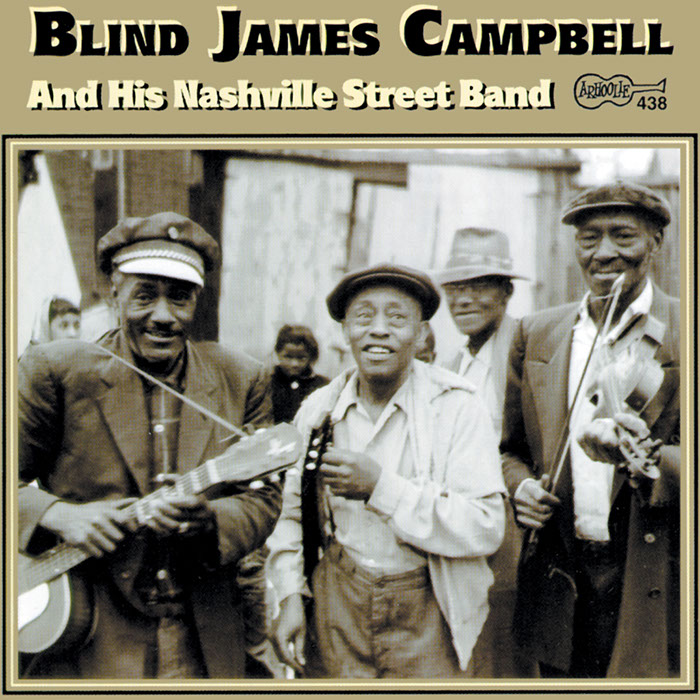 Blind as the result of an industrial work accident, James Campbell (1906–1981) became an itinerant guitarist/singer leading a street band in Nashville from the 1930s into the 1960s. Carter’s repertoire was a mix of blues, country, jazz, old-time popular, minstrel, skiffle, and jug band music. In the early 1960s, Arhoolie founder Chris Strachwitz recorded Carter surrounded with his band in Carter’s living room. What the band lacked in musical polish, they made up for with spirit, authenticity, and vitality. This collection contains music from both recording sessions and features Beauford Clay on violin.