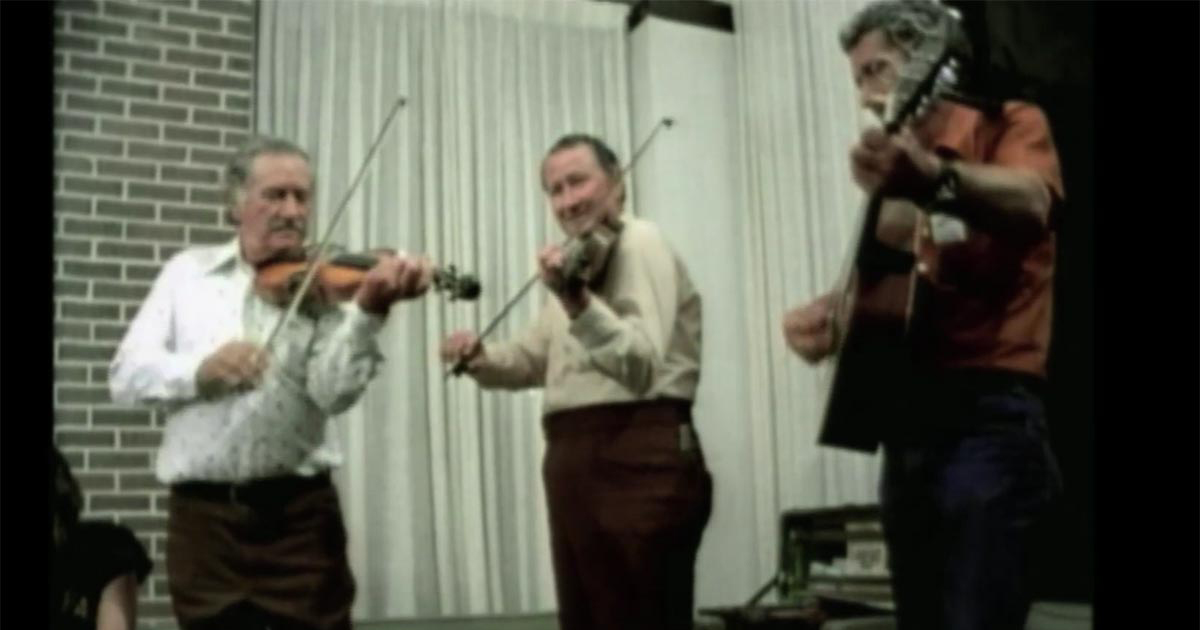 An impassioned ambassador for Cajun music and culture, fiddler and singer Dewey Balfa (1927-1992) was a driving force in the revival of traditional Cajun music. Raised 125 miles northwest of the great port city of New Orleans, the Balfa family inherited the rich legacy of songs, tunes, tales, and traditions of Louisiana's French-speaking Cajun community. In performance, Balfa introduced the vibrant sound of Cajun music to countless people around the world. Through his role as a musical ambassador, he reawakened a deep and abiding sense of pride in Cajun culture among his fellow Cajuns. Filmed in 1976, Dewey Balfa and the Balfa Brothers perform a Cajun waltz. Listen as Balfa translates the lyrics of love and longing. More about Dewey Balfa