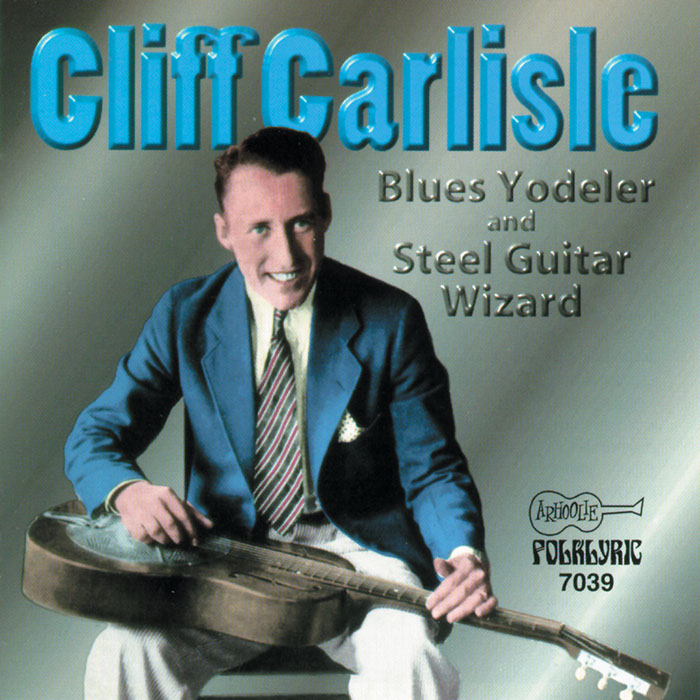 View Cart CD $14.98
View Cart Digital Download $9.99
Singer/songwriter Cliff Carlisle’s (1903–1983) musical style was an unusual blend of country yodeling, the blues, and his interest in the Hawaiian steel guitar—a style he described as a cross between “hillbilly and blues” with a Hawaiian influence. Carlisle recorded extensively during the 1930s for several labels. This collection is a sampler of songs recorded during this period, including several songs popularized by Jimmie Rodgers. Liner notes include an in-depth description of Cliff’s relationship with music, as well as of the genre itself.