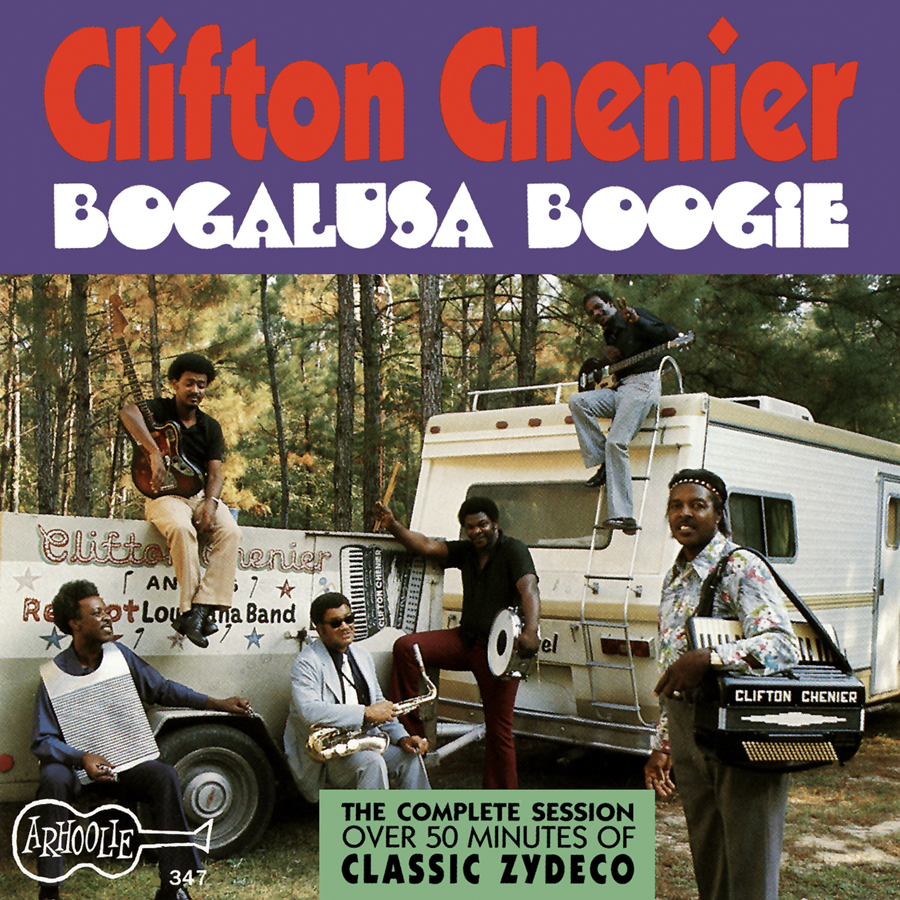 Rated a five-star “indispensable” album in the 1979 edition of The Rolling Stone Record Guide (later renamed The Rolling Stone Album Guide), Clifton Chenier and his Red Hot Louisiana Band present a baker’s dozen assortment of zydeco dance music. Recorded in Bogalusa, Louisiana, many of the tracks were laid down in a single take and segue from shuffles and waltzes to traditional two-steps and rock ‘n’ roll. In 2016, the Library of Congress deemed Bogalusa Boogie to be "culturally, historically, or artistically significant" and selected it for preservation in the National Recording Registry.