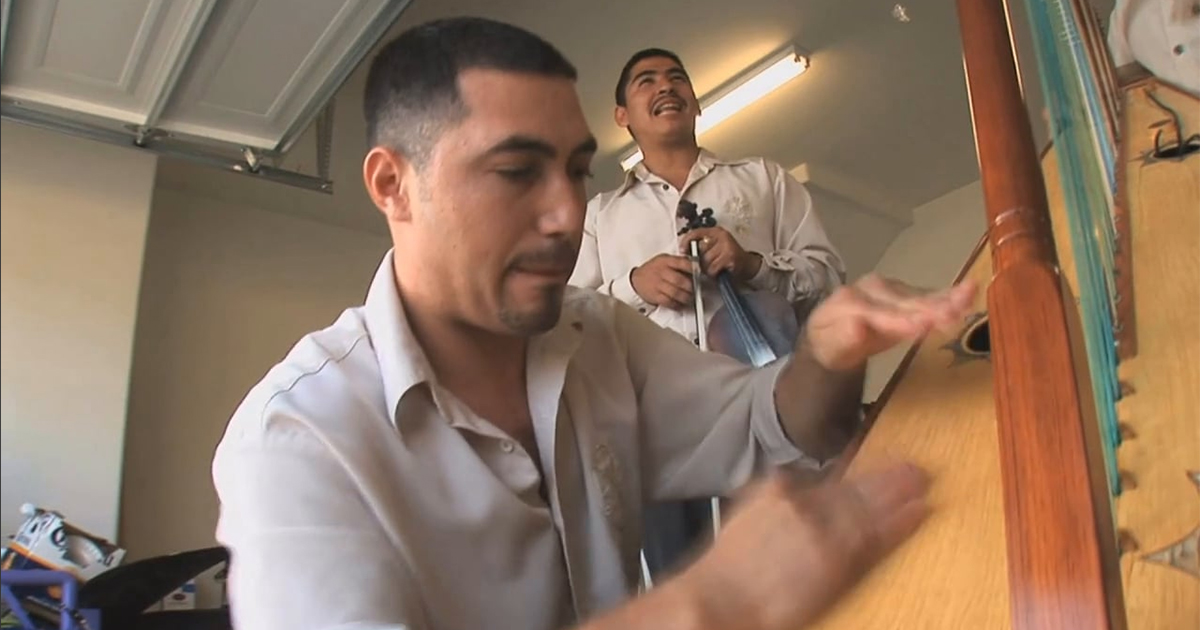 The conjunto de arpa grande (big harp ensemble) is the country cousin of the Mexican mariachi. When the mariachi was transplanted to cities and added trumpets in the mid 20th century, the conjunto de arpa stayed home in the towns and on the ranches of rural Michoacán. Its two violins, two guitars, and harp (that doubles as a drum) play driving sones, sentiment-saturated ranchera songs of love, and farcical valonas (poemic narratives), all with a disarming directness that is the hallmark of one of Mexicos best-kept musical secrets. Watch Arpex perform and demonstrate the unique tamboreo (drumming) method at their home in the San Joaquin Valley town of Atwater, CA.