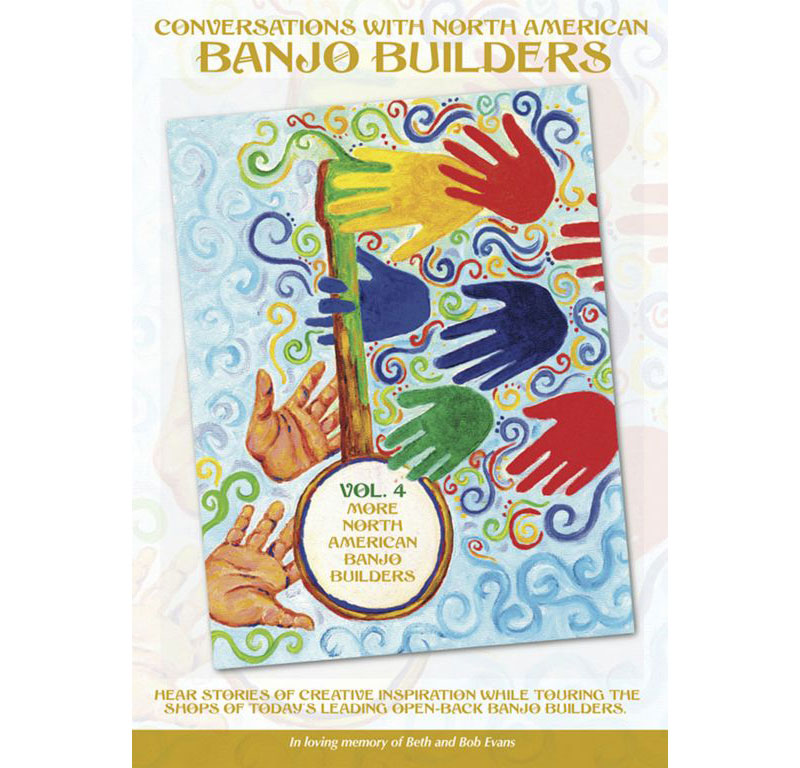 Conversations with North American Banjo Builders is a 4-volume, 12-DVD series that includes 38 interviews with open-back banjo builders, historians, and retailers.  Each episode in the series devotes 20+ minutes to a single builder, and includes a personal statement, workshop tour, production information, and images of finished banjos.  The series covers a wide range of building styles, including gourd, minstrels, traditional, and modern.  Although construction techniques and philosophies may vary, the common thread uniting this series is the practice of banjo building as both art and craft.