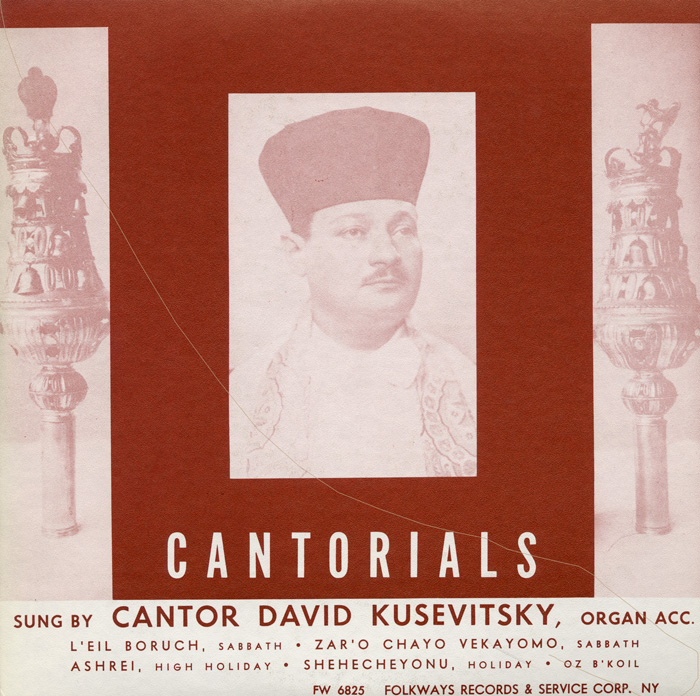 View Cart Custom CD $16.98
View Cart Digital Download $5.45
Renowned cantor David Kusevitsky sings Sabbath and High Holiday liturgical music on these five tracks, with organ accompaniment. He began his long career as a member of the synagogue choir in Vilna and Kovno; he later studied voice production in Warsaw, and he served as a cantor in London during World War II. From 1948 to the time of his death, he was cantor at Temple Emanu-El in Brooklyn, New York. Liner notes include copies of texts in Hebrew and English.