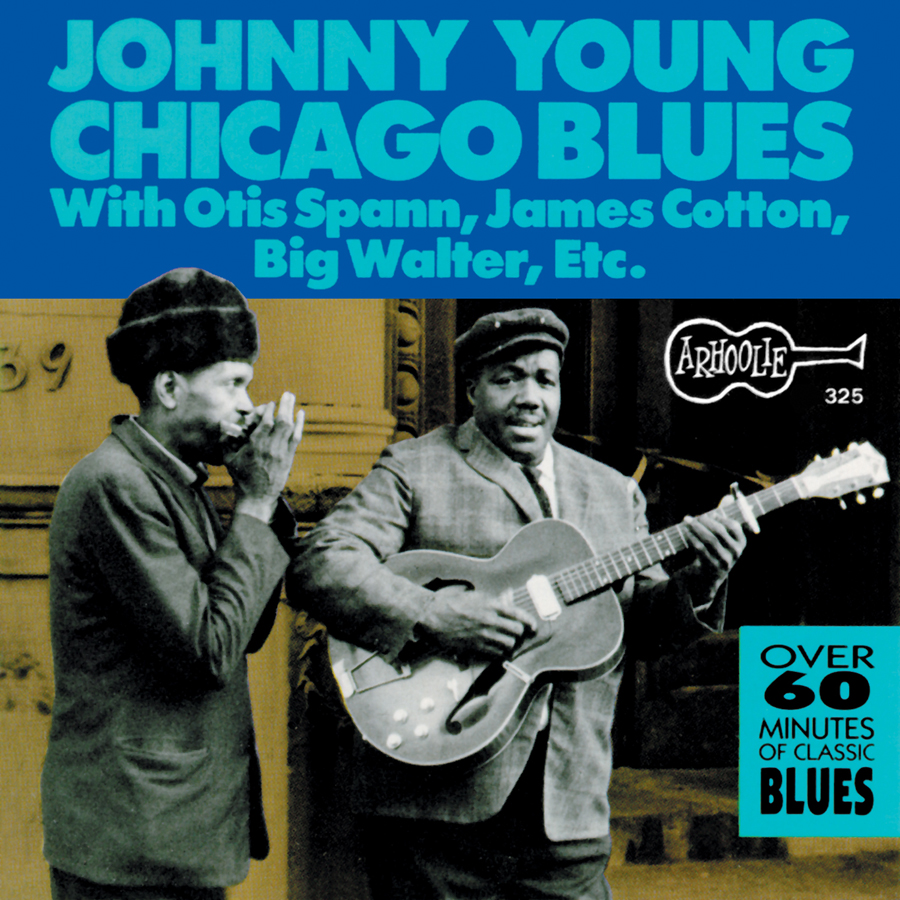 View Cart Digital Download $9.99
CD (Out of Stock)
Singer-guitarist-mandolinist Johnny “Man” Young was an influential figure in the Chicago blues scene beginning in the late 1940s until his untimely death in 1974. The first half of the album includes four well-known sidemen from Muddy Waters’ band—Otis Spann on piano, James Cotton on harmonica, Jimmy Lee Morris on bass, and S.P. Leary on drums—while Young sings about how Chicago blues are not “dilapidated.” The second part of the album includes Big Walker Horn, the “blues harmonica player’s harmonica player,” and Jimmy “Fast Finger” Dawkins on guitar.