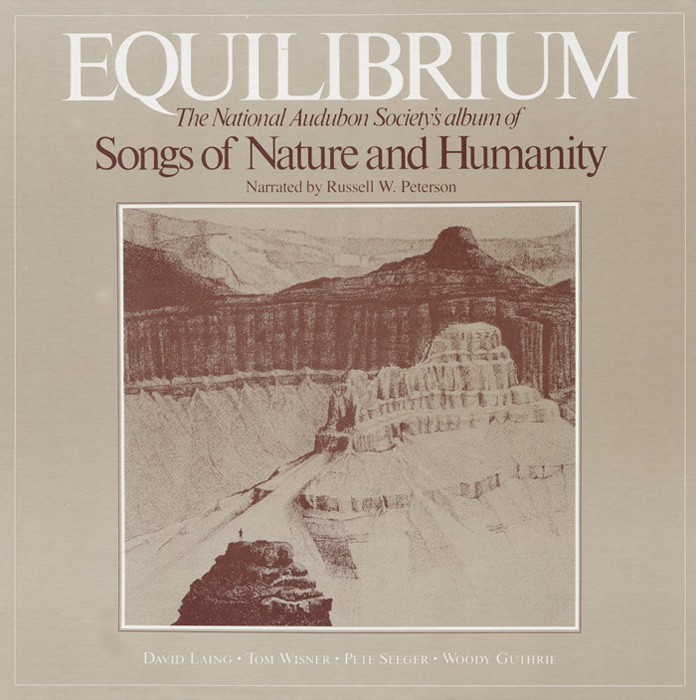 New Hampshire-based singer-songwriter David Laing shows his devotion to the natural world around him through this collection of songs. The recording consists of nine songs written and performed by Laing, as well as three songs composed by Tom Wisner and performed by Wisner and Teresa Whitaker. The compilation also includes two vintage recordings: “The Great Dust Storm” performed by Woody Guthrie and “One Grain of Sand” performed by Pete Seeger. Intertwined between songs are reflections and observations made by the late Supreme Court Justice and environmentalist William O. Douglas and narrated by family friend and National Audubon Society president Dr. Russell W. Peterson. The liner notes for this 1980 collection include an editorial written by National Audubon Society Expedition Institute director Michael J. Cohen, explaining the connection between music and nature.