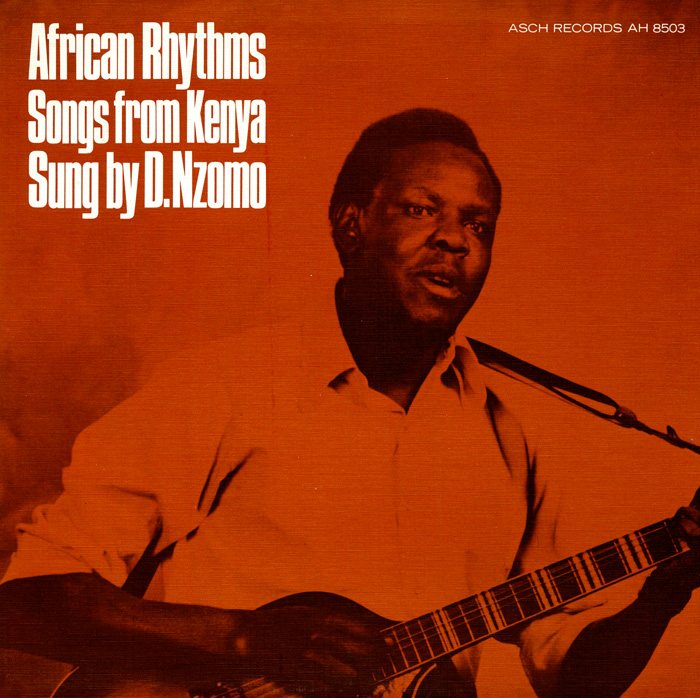 While touring Kenya with his musical group in the late 1950s, David Nzomo realized that it was sometimes difficult to keep the audience’s attention during stage set–up and transitions. To fill the dead time, Nzomo played songs he used for weddings, parties, and local get–togethers, and that music subsequently turned into the core of his repertoire. He sings in Swahili, Kamba, and English on themes of courtship, marriage, life in a foreign country, and Kenya’s independence. Nzomo’s liner notes include musical notation, lyrics, and track notes.