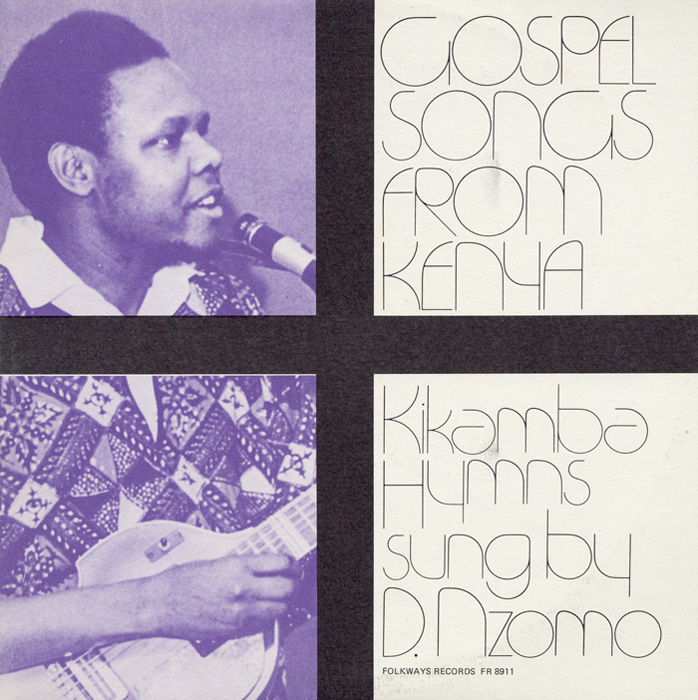 View Cart Custom CD $16.98
View Cart Digital Download $7.92
Between 1965 and 1976, David Nzomo recorded six albums of songs about his native Kenya. The albums ranged from children’s songs to work and dance songs and political songs. In his final recording for Folkways, Nzomo performs eight gospel songs in Swahili, many of these adapted from traditional English church hymns but one, “Utonii na Wui (Power and Wisdom),” composed by Nzomo himself. Complete lyrics in Swahili are included in the liner notes. In 2014, Professor Nzomo was interviewed by the Center for Folklife and Cultural Heritage