She Was Poor but She Was Honest: Nice, Naughty and Nourishing Songs of the London Music Hall and Pubs 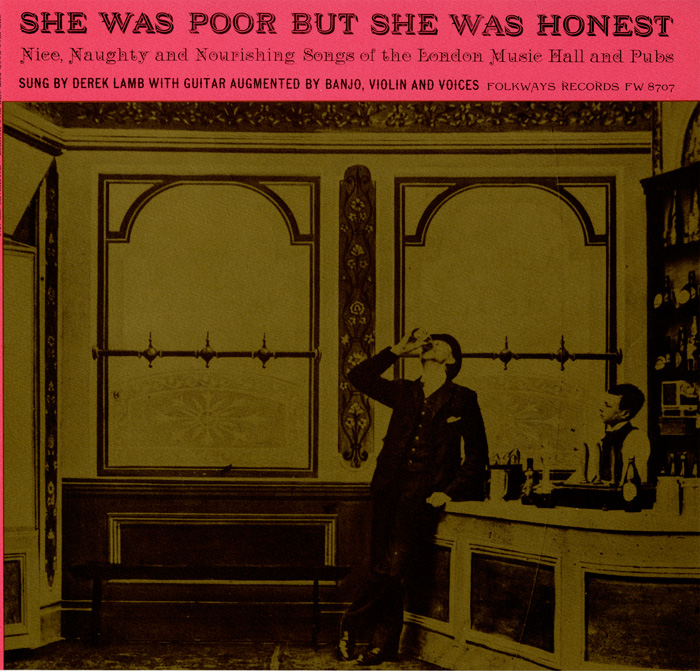 View Cart Custom CD $16.98
View Cart Digital Download $9.99
Musician Derek Lamb (1936–2005) pays tribute to the English Music Hall tradition in this collection of 18 songs—parodies, ballads, and “colorful” pub songs. According to the liner notes, written by Lamb, Music Hall was introduced to London in the 1840s and became the British working class’ main entertainment until the end of World War I. Lamb sings and plays three different stringed instruments on the recording: guitar, violin, and banjo. Among the tracks is one titled “Sweeny Todd the Barber,” about the infamous (likely fictional) barber of Fleet Street who was later the subject of plays, other songs, and a Broadway musical. Liner notes from this 1962 recording provide background information and lyrics to each selection.