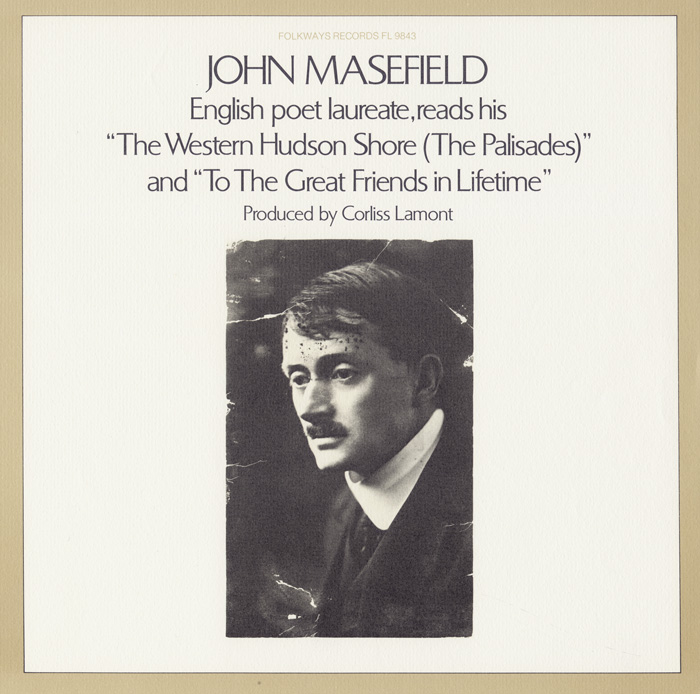 View Cart Custom CD $16.98
View Cart Digital Download $2.48
John Masefield was the United Kingdom’s poet laureate from 1930 until his death in 1967. This album is the only known recording of Masefield reading his own poetry. It is believed, although not confirmed, that the reading was done in the mid-1960s. “The Western Hudson Shore” is a reflection of the two years he worked in a carpet factory while living in Yonkers, New York, from 1895 to 1897. The complete texts of the two poems are in the liner notes.