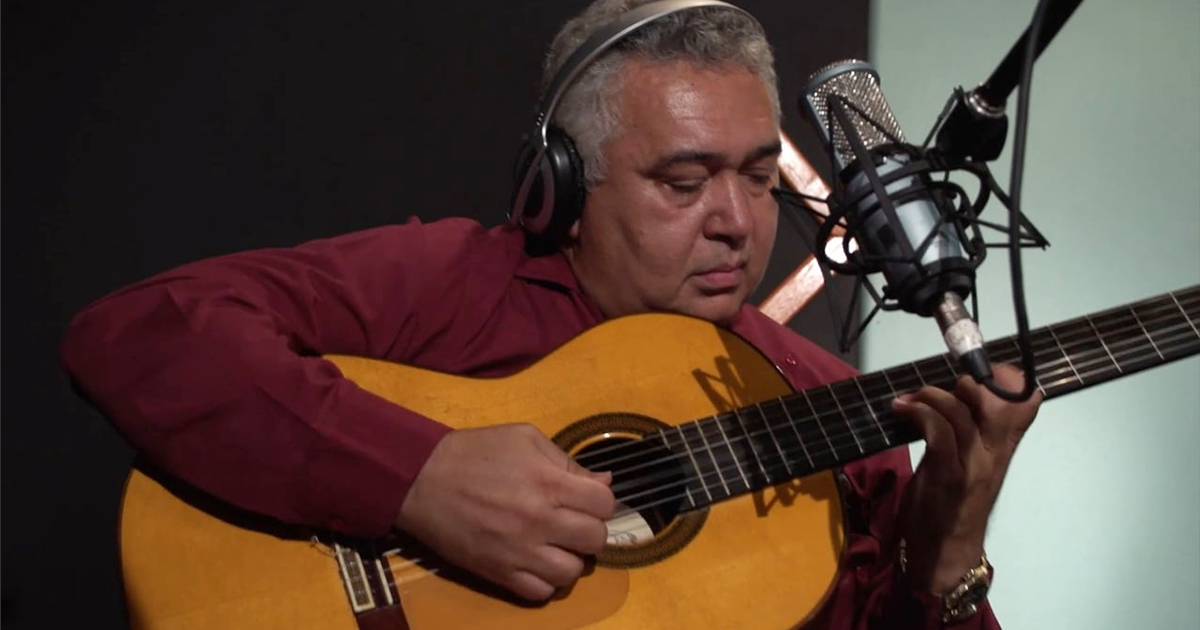 Serenata Guayanesa records the bolero “Desesperanza” (Despair) in a studio in Ciudad Bolívar. Virtuoso instrumentalist Asdrúbal “Cheo” Hurdato adds an elegant guitar solo to the group’s classic arrangement. The bolero came to Venezuela in the 1930s – the beginning of the world’s love affair with this romantic form.

Serenata Guayanesa is a musical ensemble, but much more - it is a living treasure of Venezuela’s musical and cultural heritage. Founded in 1971 in Guayana, the southeastern region along the Orinoco River, by four college students who liked to serenade family and friends, the group swiftly rose to national acclaim through its pioneering interpretations of music in many different styles of folk music from across Venezuela. Join these masters of folk song performance, and ¡Canta con Venezuela! Sing with Venezuela!