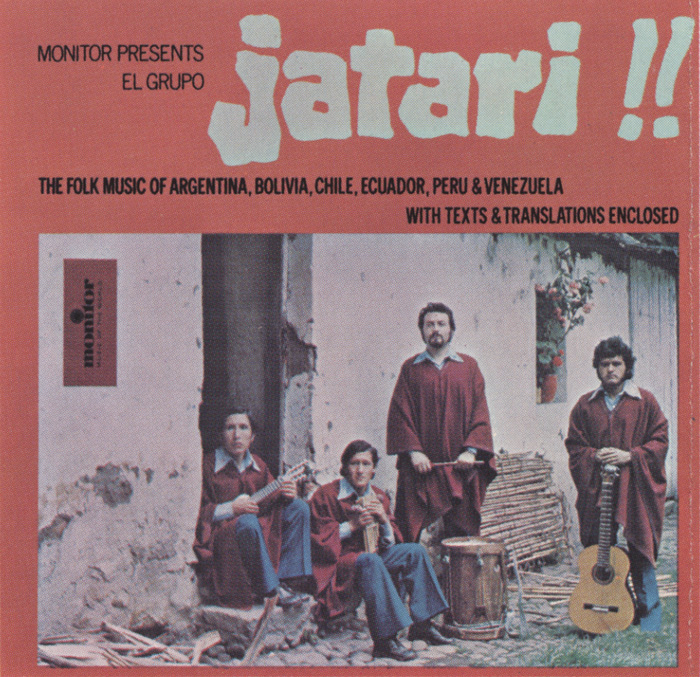 View Cart Custom CD $16.98
View Cart Digital Download $9.99
The Ecuadorian folk group Jatari, whose name means “rise up” or “stand up” in the indigenous language, Quechua, was formed by brothers Carlos and Patricio Mantilla in the early 1970s. The group was a pioneer in collecting and performing native folk songs, sometimes using the music to denounce or satirize perceived social injustices. Performing on traditional Andean instruments such as panpipes, ten-stringed guitars, and bombo drum, they released 17 albums between 1973 and 1981. This was their first recording released on Monitor Records.