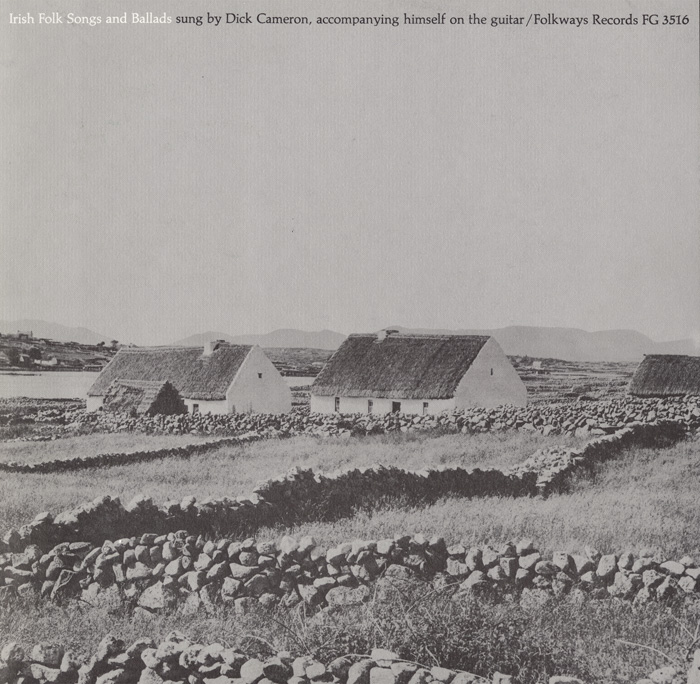 The 1961 album Irish Folk Songs and Ballads offers a something of a twist on a typical pattern: Americans learning Irish music in the United States, from Irish immigrants. Dick Cameron, a vocalist from Massachusetts with a warm baritone reminiscent of classic American singers like Bing Crosby, learned these songs upon emigrating to Ireland. Cameron’s decision to accompany the songs with guitar helped bring the instrument to prominence in the 1960s Dublin ballad scene. Liner notes include lyrics and historical song backgrounds.