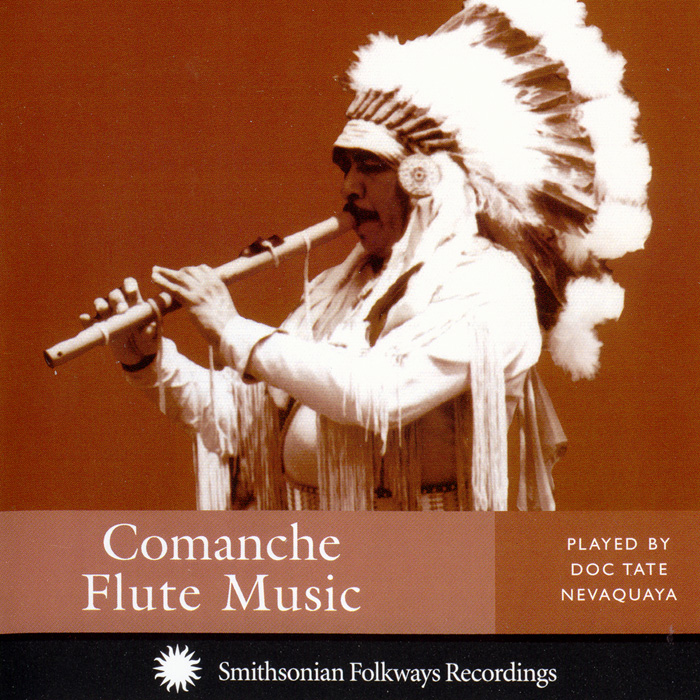 View Cart Digital Download $9.99
View Cart Custom CD $16.98
Doc Tate Nevaquaya (1932-1996) expressed his Comanche heritage musically through the Native American flute. His compositions and arrangements of a variety of Native American vocal genres have inspired a new generation of Native American and nonnative flute players. Although the older flute tradition declined during the first half of the 20th century, when many of the old melodies are no longer played, Nevaquaya inspired the creation of new and innovative flute compositions, creating an extensive repertoire for the instrument. With the flute’s revival during the 1970s, the flute’s context, function, and music changed. Nevaquaya played an important role in this movement, retaining tradition on one level, but manifesting ideas for change. 43 minutes. Originally issued as in 1979 as Folkways Records 04328.