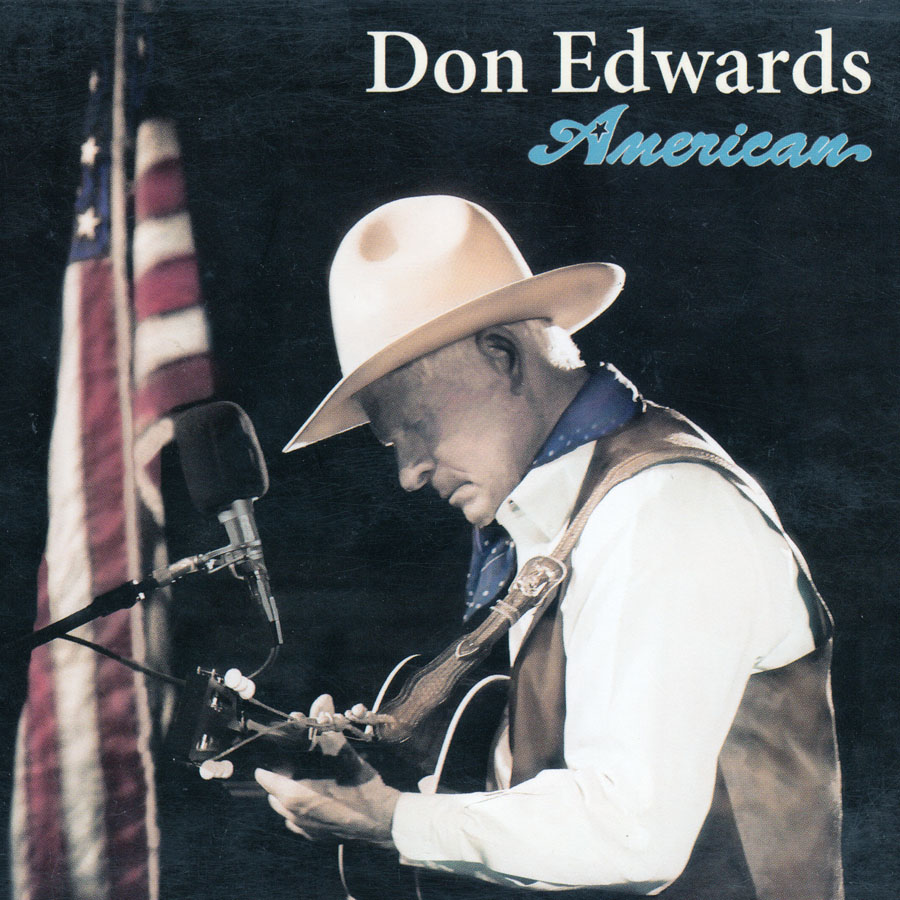 View Cart CD $14.98
View Cart Digital Download $9.99
Recorded in 2010 on the fiftieth anniversary of his career as a professional musician—the same year he received the Lifetime Achievement Award from the National Cowboy and Western Heritage Museum—American is cowboy singer Don Edwards’ bittersweet testament to the fading legacy of the cowboy and the precarious history of the American West. A mix of old and new compositions, the twelve selections are on the one hand swan songs to the old Western traditions (“The Last Cowboy,” “The Campfire Has Gone Out”) and a re-thinking of compulsory patriotic songs (“The Freedom Song”). On the other, they present a message of unity between Americans, most clearly heard on the record’s closing rendition of Woody Guthrie’s “This Land Is Your Land.” Edwards’ last album to date, American is a stark but rewarding addition to a prolific recording career from an exceptional standard-bearer of Western musical heritage.