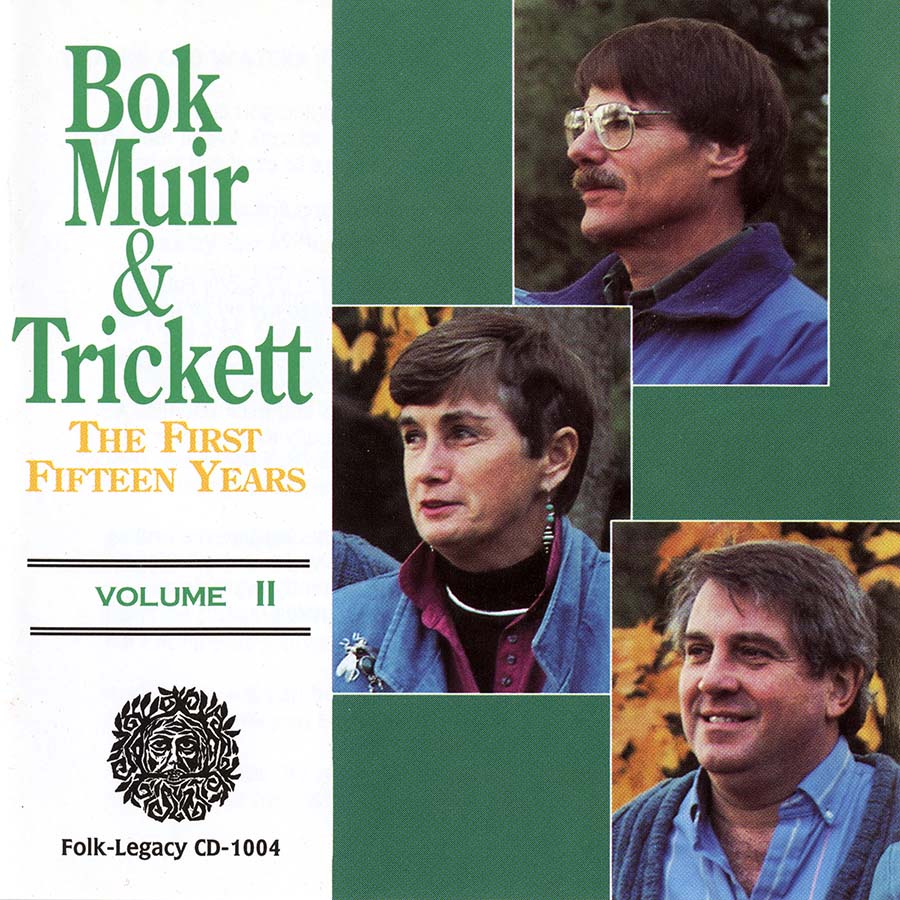 In addition to their groundbreaking field recordings, Folk-Legacy Records also showcased new voices that came out of the 1960s folk revival. Among the label’s greatest contributions for new music was the trio of Gordon Bok, Ann Mayo Muir, and Ed Trickett, who together put out and collaborated on numerous releases throughout the catalog, becoming something of the label’s flagship artists. They are distinguished by their masterful and powerful use of three-part vocal harmony—including Bok’s distinctive, rich baritone—as well as their warm instrumentation, featuring 6- and 12-string guitar, hammer dulcimer, flute, and Bok’s musical inventions, the cellamba and bokwhistle. Over decades working with the label, the trio focused mostly on the Anglo-American tradition and Bok’s original songwriting, often taking inspiration from maritime music that reflected Bok’s life on the Maine coast. Together, the trio’s style is inviting, engrossing, at times sentimental, but altogether beautiful—a gem of the folk revival.

This compilation offers a retrospective on the group’s career, featuring songs recorded by Folk-Legacy founder Sandy Paton beginning in 1974, and is the second part of a two-volume set originally released in 1992.