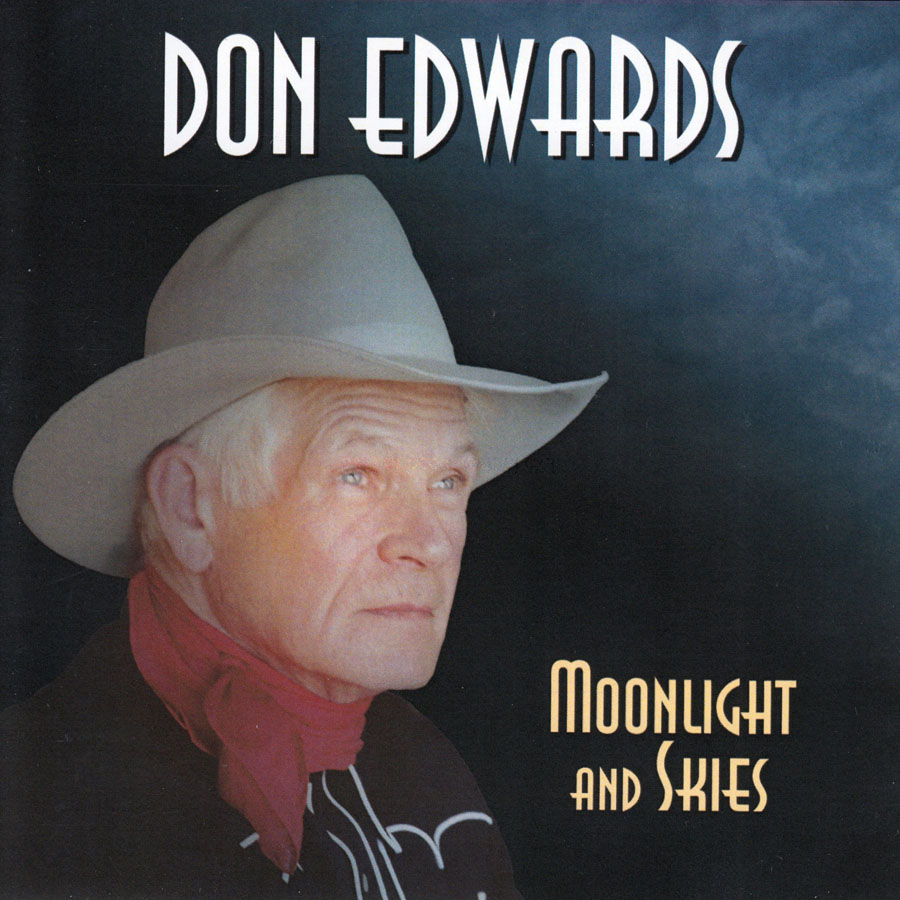 Moonlight and Skies presents thirteen songs selected and performed by Western Hall of Fame inductee Don Edwards. Describing his choices, he claimed “no message, no agenda, no nothin’. Just a little bunch of songs I’ve always liked.” As such, Moonlight and Skies is charmingly eclectic, offering interpretations of traditional Western songs to vaudeville standards, and songwriting from the likes of Jimmie Rodgers, Gene Autry, and more. Joining Edwards are several notable Western and bluegrass musicians, including Norman Blake and Rich O’Brien. Moonlight and Skies was originally released by the Western Jubilee Recording Company in 2006.