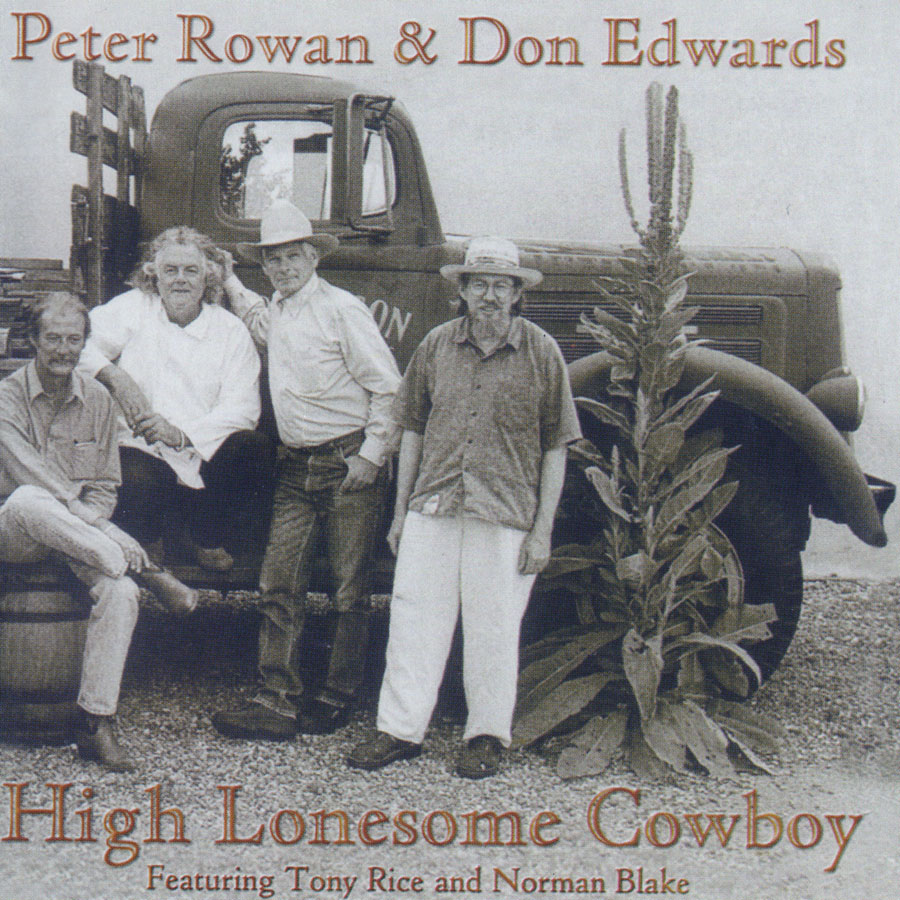 CD (Out of Stock)
View Cart Digital Download $9.99
High Lonesome Cowboy is a collaboration between legends of the acoustic music scene - cowboy singer Don Edwards, bluegrass pioneer Peter Rowan, roots icons Norman and Nancy Blake, and bluegrass guitar favorite Tony Rice. It was a top-selling recording when initially released by the Western Jubilee Recording Company in 2002 and was nominated for Best Traditional Folk Album at the 45th Grammy Awards. High Lonesome Cowboy showcases the heritage common to the traditional music of the Western ranges and the old-time mountain music of Appalachia. The eleven selections feature a mix of traditional songs and the works of songwriters foundational to the development of folk and country music, including Woody Guthrie, Bill Monroe, and Maybelle Carter.