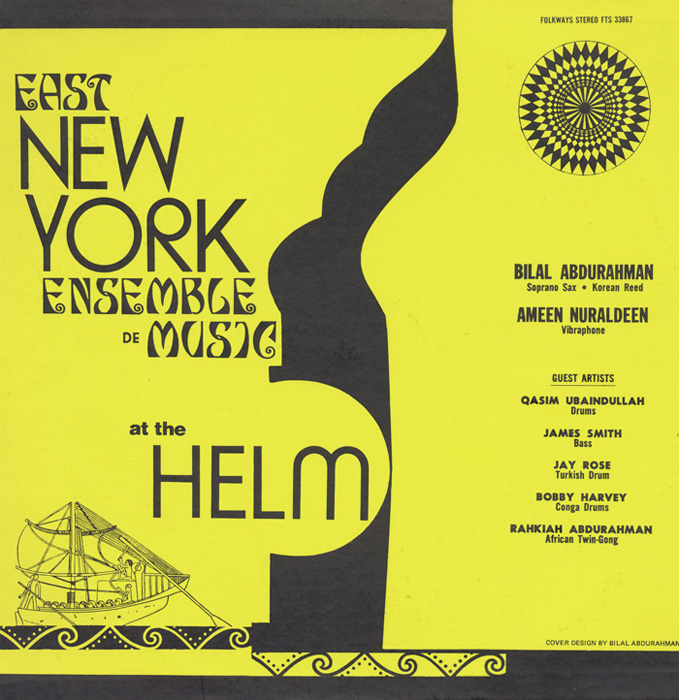 View Cart Custom CD $16.98
View Cart Digital Download $5.96
The East New York Ensemble was a group with a broad range of musical and cultural ideas. “We are particularly concerned musically with modulating from one groovy layer of polyrhythmic textures and colors to another,” writes member Bilal Abdurahman in the liner notes accompanying the album. Listeners will encounter music from an eclectic mix of cultures, including an improvisation based on a Turkish religious melody and the composition “Sunflower,” which features an ancient reed instrument given to Abdurahman by a villager in Pusan, Korea. At the Helm, The East New York Ensemble’s only album, showcases a variety of musicians demonstrating a variety of multicultural influences. The vinyl edition was reissued in 2011.