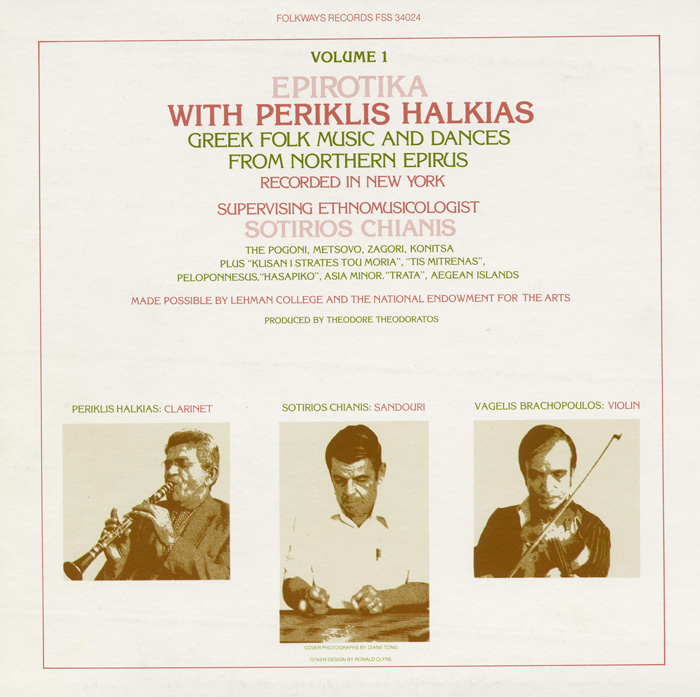 View Cart Custom CD $16.98
View Cart Digital Download $9.99
This is the first part of a two-disc collection of Greek folk music from Northern Epirus, now a region in Albania that still has a significant Greek population. The album was recorded with Periklis Halkias on clarinet, Vagelis Brachopoulos on violin, and Sotirios Chianis playing the sandouri, a stringed instrument closely related to the hammered dulcimer. The liner notes include information about the musicians, background information on the songs, and an extensive introduction to Greek folk music written by Chianis. The recording was supported by a grant from the National Endowment for the Arts.