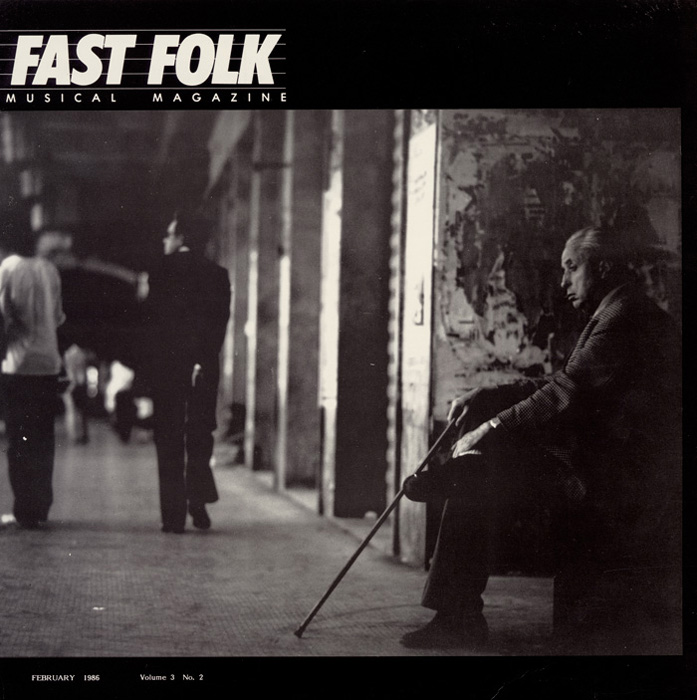 Fast Folk Musical Magazine was a combination of print magazine and audio recording published in New York City from 1982 to 1997. Its principal purpose was to serve as an outlet for young singer/songwriters in the release of their recordings. This collection of songs reflects a variety of folk music styles ranging from country blues (“Waltz with the Captain’s Daughter”) and Celtic (“Cold is the Heart” and “The Grim Reaper’s Song”) to folk rock (“Cry for the Lonely”) and a cappella (“Hillsong”). “Bernie Gets” is a song parody based on “Jingle Bells” about Bernard Goetz who shot a black teenager on the New York City subway in 1979. Several of the song performances in this collection make use of a keyboard synthesizer. A 20 page facsimile of the magazine is included with the recording.