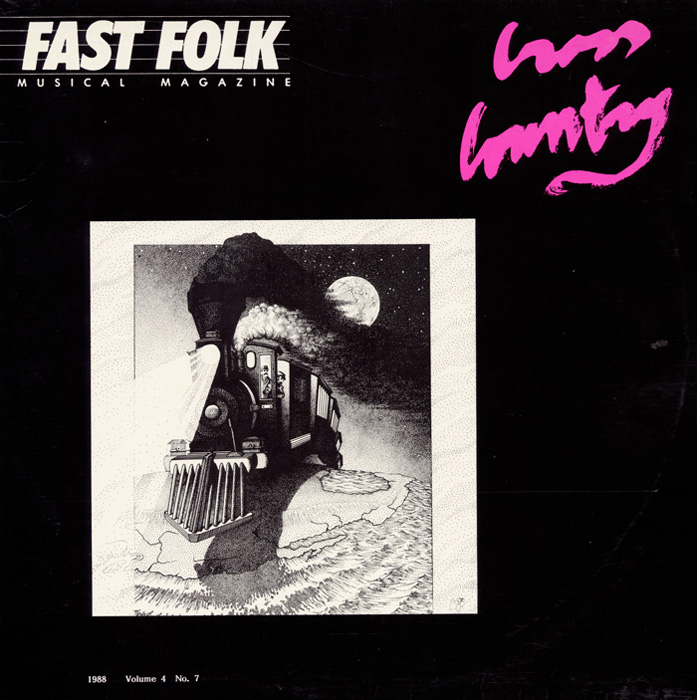 Fast Folk Musical Magazine was formed to serve as an outlet in the promotion of "noncommercial artistic music," also known as American folk music. In this collection, the editor of Fast Folk delves into the mailbag for audition tapes submitted to the magazine and presents a dozen examples of folk music from around the U.S.A. and Canada. Opening the set is veteran folk performer Cliff Eberhardt with “Everything Is Almost Gone.” Along the way are selections from the Toronto-based a capella quartet Catchpenny (“When It Comes to the Crunch”), Chicagoans Buddy Mondlock (“Aunt Anna”) and Fred Kollar (“Auctioneer”), an early recording by Kristina Olsen (“I’m Keeping This Life of Mine”), Hugh Blumenfeld’s dark version of “America the Beautiful,” and Danny Starobin’s old-timey take on “When the Lights Go Out.” A 20-page facsimile of the magazine is included.