Songs of War and Death from the Slave Coast: Songs of Death 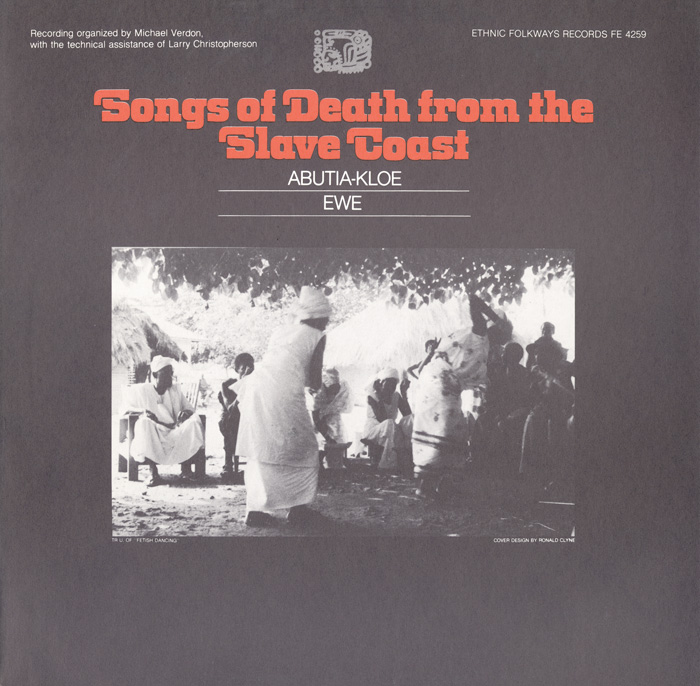 This 1982 release is the second in a two-part series exploring the music of the mainland Ewe people of southeastern Ghana and southern Togo, an area known as the Slave Coast. This volume contains songs that deal with an ever-present reality in all cultures, death. While the Ewe bush music on the first volume relies heavily on various percussion instruments, songs of death tend to be dominated by vocal performances laced with sorrow, love, and hope. Males and females have strict roles when it comes to music performed at burials, funerals, and throughout the mourning process. Liner notes include breakdowns of these roles and explanations regarding the arrangement of the songs.