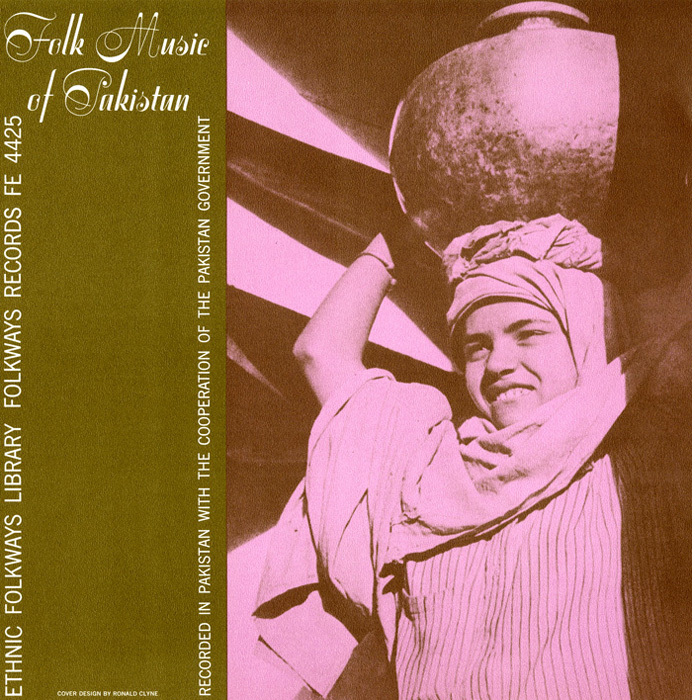 Pakistan was created by the partition of British India in 1947; Bangladesh, formerly East Pakistan, gained independence in 1971. This 1951 recording presents selections from both present-day countries and documents songs for many occasions — marriage, harvest festivals, village fairs, and courtship. There are a river boatmen’s song from the east and several songs and dances from the northwest, as well as Sindh and Punjab. The music features instruments typical to the Subcontinent, such as the sitar, tabla drums, and bansri, a type of flute. Liner notes include a brief history of Pakistani music, a description of the songs and instruments, and some translated lyrics.