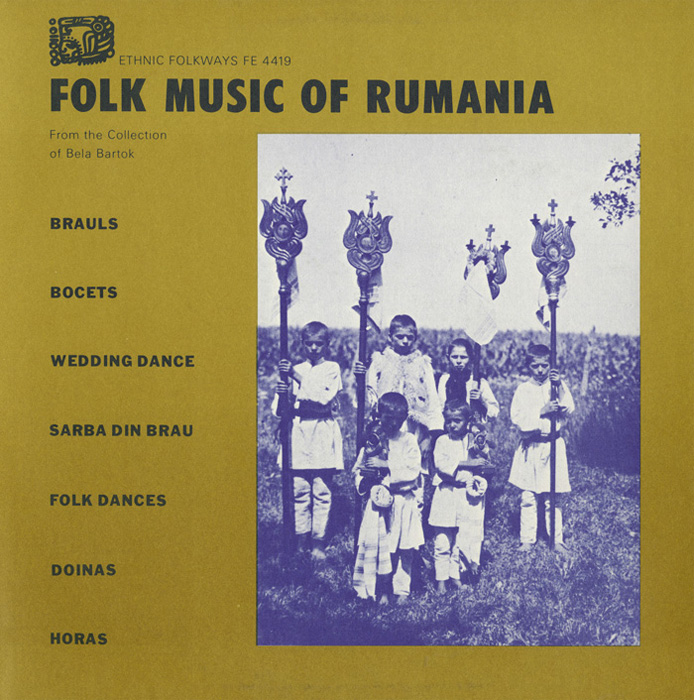 This collection of Romanian folk music showcases two of the country’s most popular musical forms. Considered as belonging to everybody, the doina is “..a song of love, a pantheistic poem, a fighting song, or an outcry against injustice or the foreign ruler.” The hora, which is said to be known by more than 1546 names, is an ageless and genderless circle dance that can be found throughout Romania. Liner notes include photography by Béla Bartók.