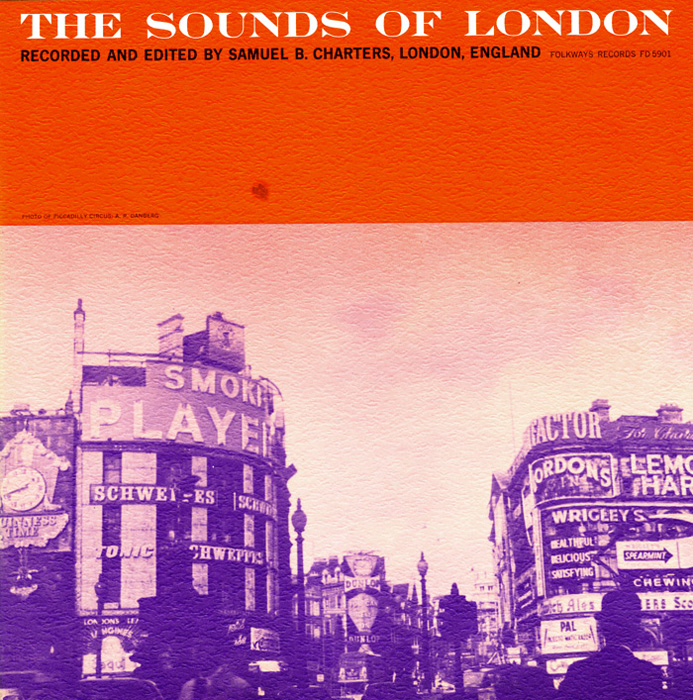 Recorded in 1968 by Samuel Charters, this album tries to capture a variety of sounds that reflect life in the "heart of England". As Samuel states, London is "more than a city of shabby buildings and narrow streets. It is a city of people, whose lives reflect the variety and color of the life of every part of Great Britain." The album includes not only the sounds of people in pubs and markets, but also marching bands and processions. Liner notes include detailed information about each track.