This Ain't No Rock N' Roll 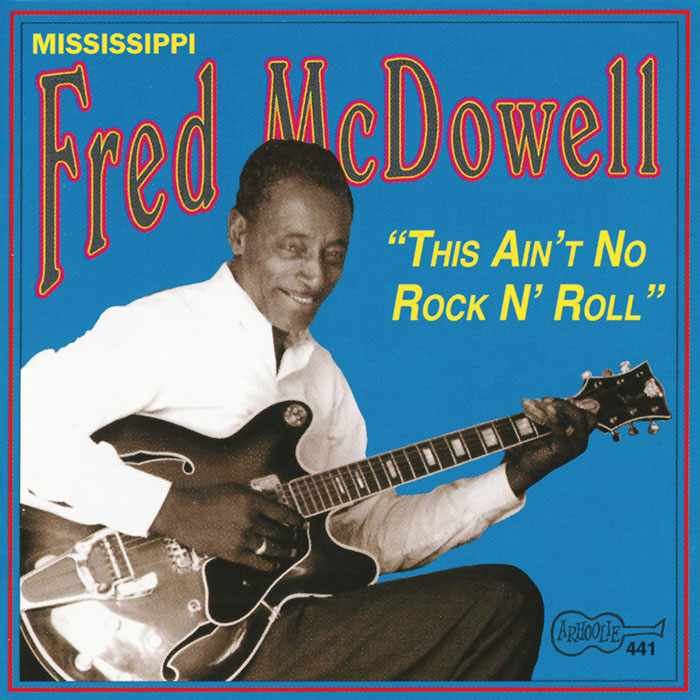 Late in his career, legendary country bluesman Mississippi Fred McDowell (1906–1972) would often begin his performances by saying he didn’t “play no rock an’ roll,” playing instead the “natural blues.” Although he was known for his acoustic bottleneck guitar sound, this 1969 recording features McDowell on amplified guitar in two different settings: in a studio environment and at Arhoolie Records founder Chris Strachwitz’s house. In both sessions, McDowell amply demonstrates that the “natural blues” can be played on an amplified guitar.