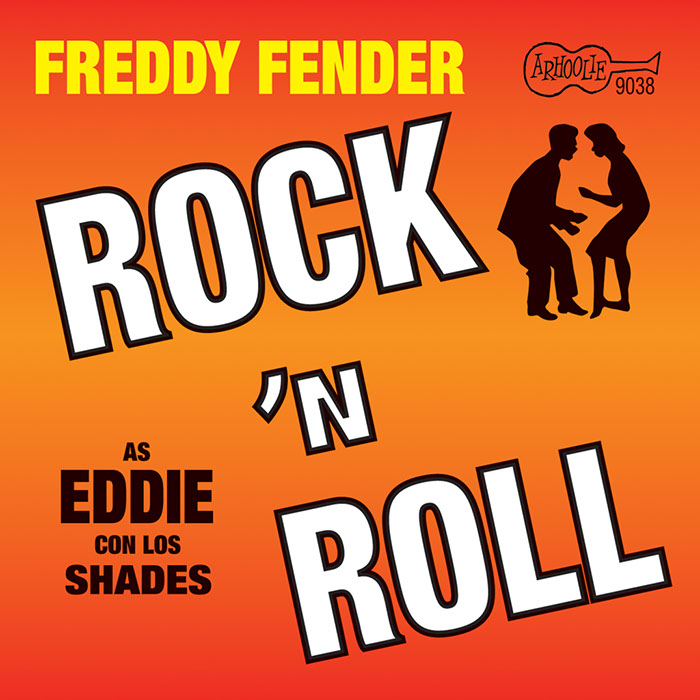 View Cart Digital Download $9.99
In 1961, Freddy Fender, using the name Eddie Medina, recorded the album “Eddie con los Shades” for Ideal Records. The music was a mix of American R&B and rockabilly sung in Spanish. The recording produced several regional hits including “Que Mala” (Bad Woman) and “Acapulco Rock,” which became a hit in Mexico. Reissued in 2003 by Arhoolie, this was the first of two albums of Tex-Mex rock and roll recorded by Fender in the early 1960s. The second, “Interpreta El Rock” (ARH09039), was also reissued by Arhoolie Records in 2003.