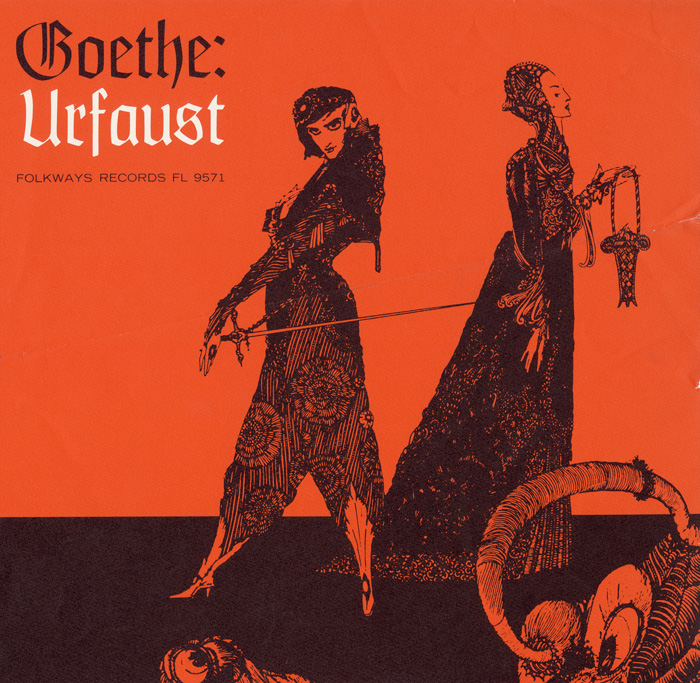 View Cart Custom CD $21.98
View Cart Digital Download $19.98
This German language recording captures the rare first draft of Goethe’s play Faust, found fifty years after the publication of the second part of the play. Compared to the published version, Urfaust is representative of the Sturm und Drang (“Storm and Stress”) period, which focused more on an exploration of the human soul than on seeking reason or intellect. Thus this draft exhibits elements of Romanticism, which were eliminated from the final version. The liner notes include the full text in German and several illustrations.