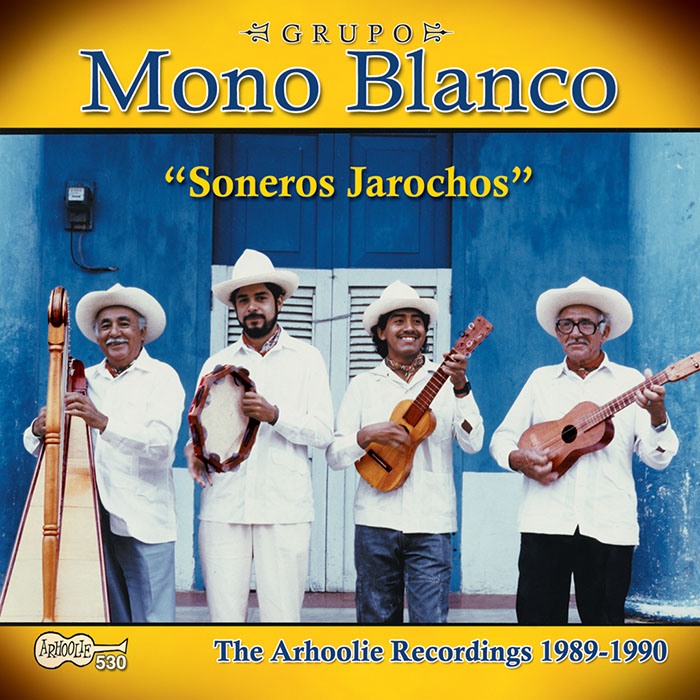 View Cart Digital Download $9.99
View Cart CD $14.98
Son jarochos is an amalgamation of Indigenous (primarily Huastecan), Spanish, and African musical elements found primarily in the Mexican state of Veracruz. Jarocho is a colloquial term for people or things from the port city of Veracruz. Musical instruments most closely associated with jarocho music are small guitars (jarana jarocha and requinto jarocho). The shift of the Mexican economy from a rural to an urban base diminished the popularity of son in the latter 20th century. As a counter to this decline, Gilberto Gutiérrez formed the Grupo Mono Blanco in the late 1970s. These recordings of the group from 1989 to 1990 include the most popular son jarocho song, “La Bamba.”